Adam O'Brien's long-term future as Newcastle Knights coach is not under any real threat - yet.

But unless the club solves its halfback issues within the next 12 months, it will make it extremely difficult for him to succeed and survive.

O'Brien knows better than anyone the Knights won't seriously challenge for the top four in the near future, let alone win a premiership, without at least one world class player in the halves.

It's why when Mitchell Pearce was allowed to depart early, leaving the club with only Adam Clune and Jake Clifford to steer the ship this season, the Knights suddenly firmed dramatically in wooden spoon betting.

For the last few years, the thought process was Kalyn Ponga would be that world class player to play in the six jersey sooner rather than later. Now, there is genuine doubt over whether he will ever be ready to make the move.

It's left the Knights clutching at straws for answers and is why Anthony Milford has suddenly become so important to O'Brien. Outside of Cameron Munster, who is off contract at the Storm at the end of next year and Mitchell Moses, who has a clause in his favour at the Eels, Milford is the only recognised available playmaker on the market.

He has been widely tipped to be heading to the Dolphins in 2023 to reunite with Wayne Bennett but Newcastle is convinced he is not fully committed and will do whatever they can to get him to stay. O'Brien's coaching future at the club may hinge on whether they can.

The Knights' run of eight defeats in their past nine games has done nothing to endear the club to potential new recruits.

Brisbane centre Herbie Farnworth has been on the club's radar for quite some time amid some serious negotiations but it was no surprise to see him commit to the Broncos for another season only a matter of a few days after his side put the clearers through the Knights in Newcastle last round.

Now we hear Canberra backrower Adam Elliott is torn between staying at the Raiders for a further three years or jumping ship to Newcastle for the same length contract. The fact Canberra has won three straight games to surge back into top eight reckoning has no doubt hurt Newcastle's cause.

Adam O'Brien has defended bench utility Phoenix Crossland from a barrage of social media criticism of his recent form from Knights fans.

Crossland has been working in tandem with starting hooker Chris Randall with the pair sharing the role over the past few weeks.

"He's a young kid doing his best in a tough situation so I'm surprised he's been copping it,"O'Brien said. "It was always going to be a huge ask for Randy to play big minutes week after week in Brails' [Jayden Brailey] absence.

"So we've needed Phoenix there to fill the void for us, particularly with Kurt Mann unavailable as well. He's worked his backside off and there have been some games where I've felt he's definitely added something to us when he's come on."

In a boost, Kurt Mann is on track to be back from injury for the Knights clash against premiers Penrith in a fortnight. Mann, who suffered a rare burst blood vessel in his ankle that required surgery a few weeks ago, will take advantage of next weekend's bye to ensure he is right to resume.

There will a distinct Newcastle Knights flavour in the Challenge Cup final in English early tomorrow morning our time with Huddersfield taking on English glamour club Wigan in the decider.

Former Knights' Luke Yates, Danny Levi and Jack Cogger have been named in the Giants' 17-man squad for the game while Newcastle-bound England teenager Will Pryce will start at fullback.

Another Newcastle-bound player, backrower Kai Pearce-Paul, will miss the game for Wigan due to injury.

Knights prop Daniel Saifiti's dramatic fall from grace this season has been reflected in his Baz's Best player of the year standing.

This time last year, Saifiti was on top of the leader board heading into Origin. He went on to win our player of the year award. This season, he is yet to poll a solitary point. Saifiti's twin brother Jacob, last season's Danny Buderus Medal winner, has also not polled any points.

Despite the success of a huge fight night featuring Paul Gallen, Nikita Tszyu and Harry Garside earlier this month, Newcastle is set to be overlooked for a return bout in July.

There was a lot of optimism on the night that Tszyu may return to Tszyucastle for his next fight after endearing himself to the big crowd with a dominant first round knockout win over Mason Smith. But we're told his third professional fight is close to being finalised for a Sydney venue.

Manager Glen Jennings said the younger of the Tszyu brothers will definitely fight in Newcastle again. 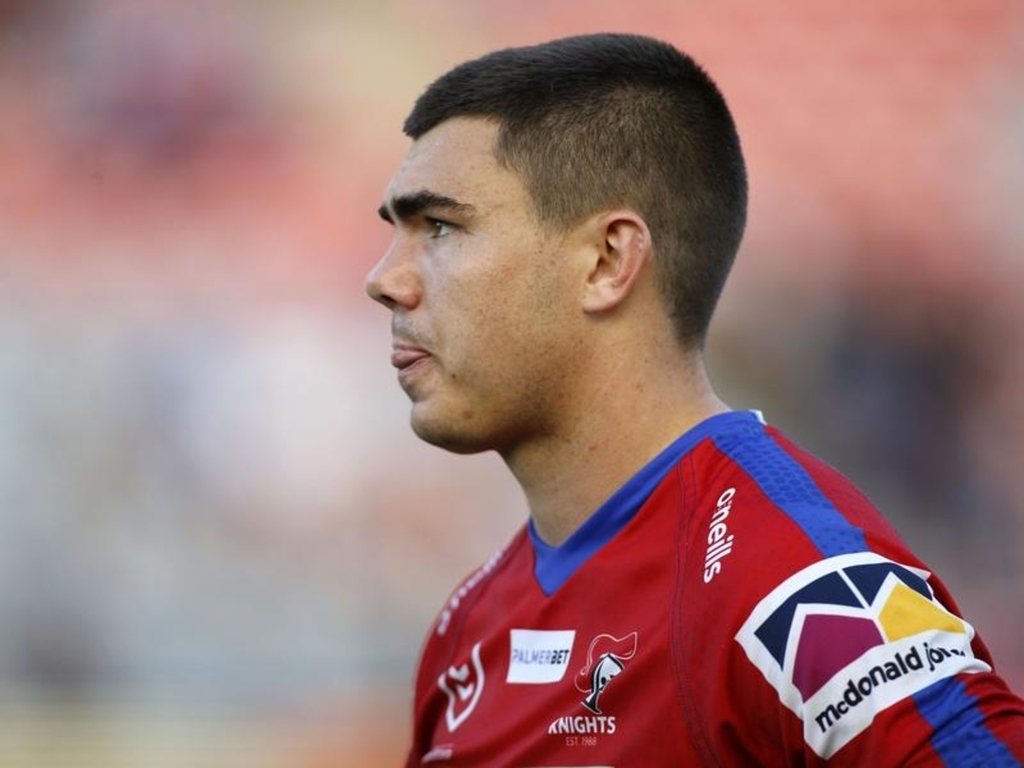 AAP
One subscription that gives you access to news from hundreds of sites
Ponga, Milford combine to sink Warriors

The Knights have come from 12-0 down to inflict a fourth-straight NRL loss on the Warriors, 24-16 in Redcliffe on…

AAP
Knights skipper Kalyn Ponga primed to look after No.1 for Queensland

"Anyone who gets to wear that Maroons jersey, it's special."