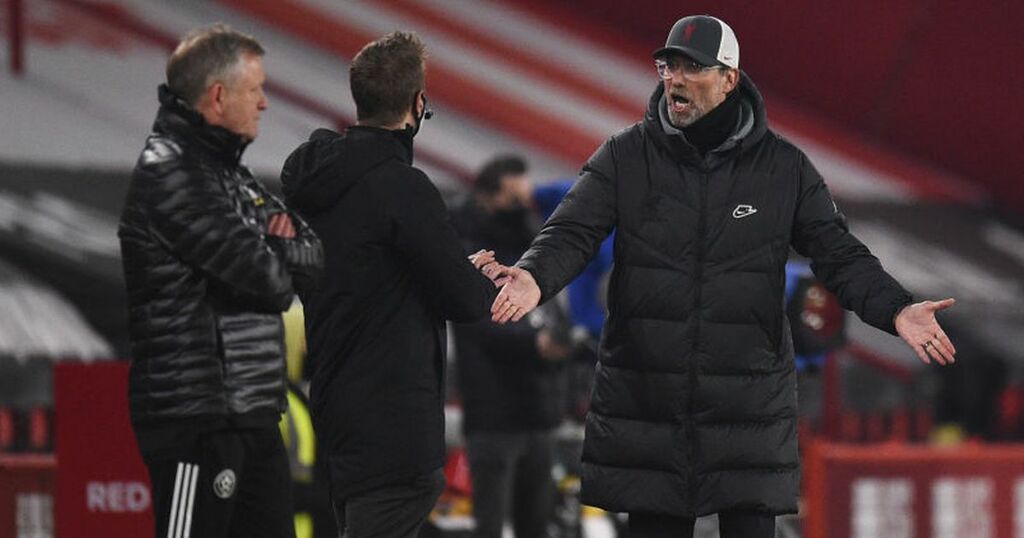 Liverpool boss Jurgen Klopp and his then Sheffield United counterpart Chris Wilder seemed to spend last season embroiled in a war of words.

Wilder branded Klopp 'selfish' and a 'world class politician' for the German's desire to see five substitutes used in the Premier League.

The Reds manager had pops back, including saying about Wilder's struggling Blades: "They have three subs and one point if I am right."

Matters cooled ahead of the pair's final Premier League meeting in February, which Liverpool won 2-0 to end a miserable run of four straight league defeats and push United ever closer to the drop.

It would prove to be one of Wilder's final games in charge of a club he had hauled up from mid-table in League One to fighting for Europe in their debut campaign in the top flight.

So what was the relationship between the boyhood Blade and Klopp really like?

"They did get on really well despite the public feuds that built up out of nothing," said Nathan Hemmingham, who covers Sheffield United for the Liverpool ECHO's sister website, Yorkshire Live, on a special Blood Red podcast.

"It really did get too much attention for what it was worth.

"Chris did tell me a good story about Jurgen and the first time that Sheffield United played Liverpool (since winning promotion to the Premier League). It was when Gini Wijnladum scored the winner and Dean Henderson let the ball slip through his fingers.

"Liverpool won 1-0 but it was a really good day for Sheffield United because they really gave Liverpool a good game and, but for that Henderson mistake, I think they would have got something.

"And then later Chris came staggering into the press conference and literally fell on to his seat and apologised because he'd been having a few sherbets with Jurgen.

"It was basically Jurgen saying, 'I'm here to win, I've got a job to do', but as soon as the full-time whistle went, they had a great time in his office. It was really funny.

"So this image they had last year of them warring over the substitutions... Chris always spoke about Jurgen as an elite manager who he had nothing but respect for.

"So they did get on very well and I think they are similar in the way they manage their football clubs and the connections they have, and the passion they manage with."

Wilder left in mid-March and the Blades are now under the command of Slavisa Jokanovic, a promotion winner with Watford and Fulham but who is now trying to rebuild a club in the shadow of one of its greatest managers.

And while United is a club incomparable in size to Liverpool, Hemmingham believes the Anfield outfit will have similar issues if Klopp stands down at the end of his current contract.

He said: "Liverpool will probably find this when it comes to the day that Jurgen goes because you are replacing one of the greatest.

"I know boards and owners get a lot of criticism for the decisions they make, but on some occasions, it's just impossible. Sheffield United have done the right thing with Slavisa Jokanovic because they had to go with a big, big character, because he had such huge shoes to fill.

"It's so difficult to replace a manager of that size - and I think Liverpool will find that. I know they will be in a better position because they will be able to attract elite managers but that doesn't give you any guarantee.

"Jurgen is special, you can see the connection with the fans, and he really does lead his football club from the front."