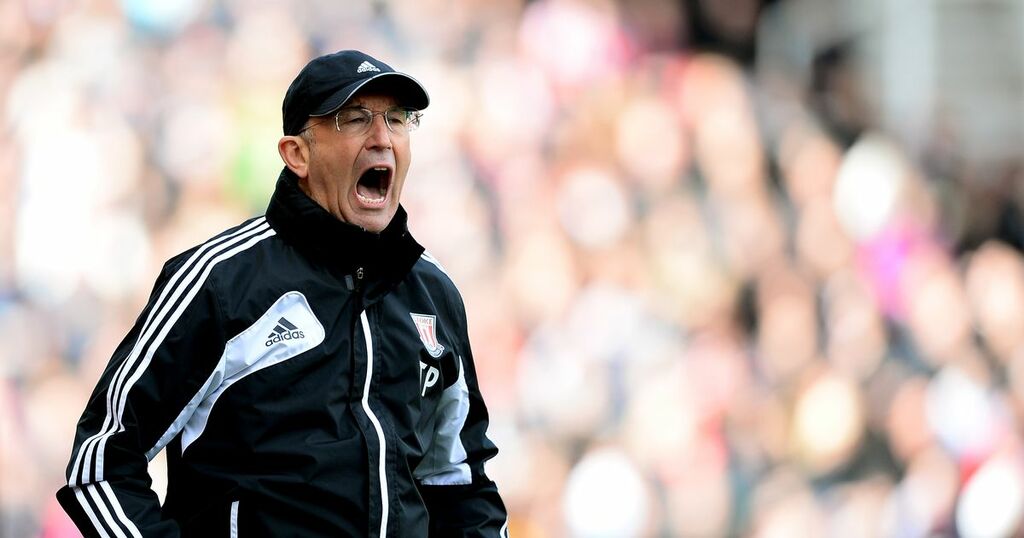 Mention the name Tony Pulis and some football fans may instantly think of long throws, baseball caps and cold nights in Stoke.

But as well as some questionable footballing methods and tactics, the veteran manager has also had his fair share of eye-raising incidents off-the-field.

Arguably the most bizarre tale involves the time when Pulis apparently headbutted one of his own players - whilst wearing only a towel!

And former Stoke captain Ryan Shawcross appeared to confirm the unusual changing room brawl when he took over the club’s Twitter account.

In a tweet which was soon deleted by the club, a Stoke fan asked: "What was it like seeing Pulis headbutt James Beattie naked?" to which the now Inter Miami central defender simply said: “It was a spectacle”.

The setting of this story was the away changing rooms at the Emirates after Stoke had lost 2-0 in the 2009/10 season.

It is believed Pulis was so angry with his team’s performances he cancelled the Christmas Party.

City striker Beattie then questioned the decision and is said to have confronted Pulis, who was only wearing a towel at the time.

Angry at Beattie’s direct confronting, Pulis is alleged to have aggressively thrust his head into his former player.

When quizzed on the incident, back in 2009, Pulis simply said: "I have been a manager for 18 years and you have certain golden rules.

What's your favourite memorable incident involving a manager? Tell us in the comments section

"The important thing is the spirit, commitment and togetherness stays in that dressing room. And you don't get that by [leaking] things out."

It's not the first quirky incident or story involving Pulis however.

Last year Barry Bannan detailed the time that 'Pulis' appeared at a pool party in Las Vegas wearing a full club tracksuit. Bannan played under him at Crystal Palace, who had just celebrated Premier League survival and were on a post-season holiday.

Bannan said: “We’d stayed in the league and a few of the boys went to Vegas.

“Aaron Wilbraham, being the joker of the group, took the gaffer’s kit, trainers, the lot, and turned up at a pool party one day.

“He disappeared and then turned up and it was the gaffer walking through a pool party!

“He had the initials ‘TP’, the hat, the full lot and this mask. Later on in the week, there were just mad Americans walking around with Tony Pulis masks on.

“You can imagine, I’ve just seen a Tony Pulis lookalike flying through. I had to properly look close to believe it wasn’t him.

“At first I was thinking: ‘Nah, that can’t be. Surely. Not in the full Crystal Palace gear.’

“As he was getting closer, I was getting further away because I was trying to keep a good distance and mingle between people.

"When he whipped the mask off, the relief was unbelievable."

And another of Pulis' old players, goalkeeper Ben Foster, recalled another tale of the Welshman's unique style of management during his time in charge of West Brom.

“He goes up to the board, holds up a diagram of the pitch, he draws a line from one 18-yard line all the way across and scribbles out the middle of the pitch.

But he added that he holds the utmost respect for Pulis: "Top class guy. What a wicked bloke. He’d happily put his arm around you and say, ‘you aren’t playing mate, you’ve been s**t’.”

Pulis, now 63, has been out of work since leaving Sheffield Wednesday last December.

He was in the post for barely seven weeks, winning just one game before his departure from the then Championship club.

Owls' owner Dejphon Chansiri would go on to describe the appointment of Pulis as a "mistake" in a dramatic virtual press conference with reporters.

Pulis said of his short-lived time at Hillsborough: “I personally think Sheffield Wednesday is one of the biggest teams outside the Premier League. But it didn’t work out.

“That was my fault as much as it was anybody else’s fault. But I’m one of those people, if I don’t see it the way is right then I can’t do it. That’s just me and the way I am.”