Tony Ferguson has admitted he could recall nothing of his brutal knockout by Michael Chandler at UFC 274.

The lightweight contender was looking to halt a decline of three consecutive losses in Phoenix against Chandler. However in the second round, Chandler landed a sickening front kick which squashed Ferguson's face and left him crumpled out cold on the canvas.

Ferguson has now claimed he will continue to strive for perfection inside and outside of the octagon, and will rewatch the fight soon. “I took a big kick to the dome this past Saturday inside that Octagon," Ferguson posted in a message on Instagram. "It put me out for a longtime.

"It was a scary feeling not remembering anything from beginning of second round all the way until I walked up to the ambulance. I thank god everyday I made the trip back to reality. All jokes aside, I didn’t mean to scare you all, should have done things different like keep my 'hands up and chin down'. My fault I lost, props to Chandler for the highlight real finish. I have many things to work on, not just competing. One battle at a time.

"I’m not perfect by any means, but I’ll continue to strive for it in and out of the practice room (Perfection: an unobtainable goal) Someone wise once told me 'perfect practice makes perfect'. There’s always more to learn & being coachable is big. I’m beyond grateful. My movements are okay, my bones are intact & except for a slight headache in the mornings I’m glad to be back & doing what I love ( light duty).

"I want to be better than yesterday for sure,.. not for anyone else but for me. Making good adjustments daily, and will continue to do so. Home team, thanks for being great, you’re the best crew a type of guy like me could ask for. *respect* Gonna watch my fight now for the first time. Cleared and ready to learn again.”

Who do you think Tony Ferguson should fight next? Let us know in the comments section below

Ferguson was taken to hospital after the fight but was subsequently released after medical assessments were completed. He now faces an uncertain future after losing his fourth consecutive fight, and is now ranked at No.10 in the 155lb rankings.

Meanwhile his opponent Chandler cemented his place in the top five of the division, and called out UFC star Conor McGregor if he is not handed a shot at the title which was stripped from Charles Oliveira. "I'm ready to come back," he said. "The main event; there is not one MMA fan who doesn't want to see me rematch you Charles or rematch you Justin Gaethje.

"If the UFC have a momentary lapse and give the title shot to someone else, I've got one dude on my mind. Conor McGregor, I am the most entertaining lightweight on the planet. I want you at your baddest and I want you at your best; you and me at 170lb." 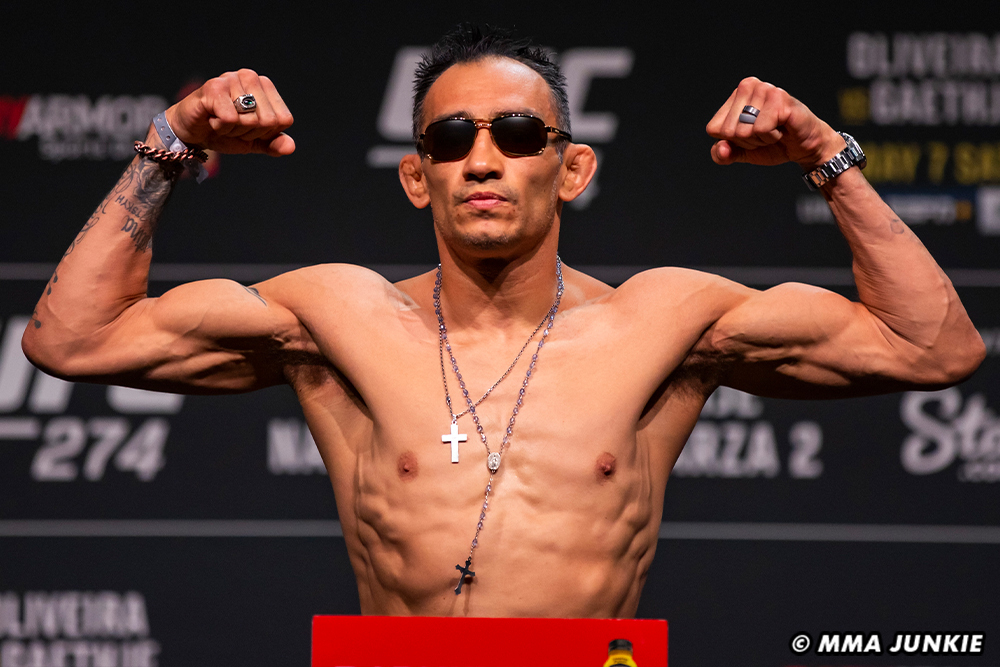