Tony Blair: Africa needs support if it is to play its part in the drive for net zero carbon emissions 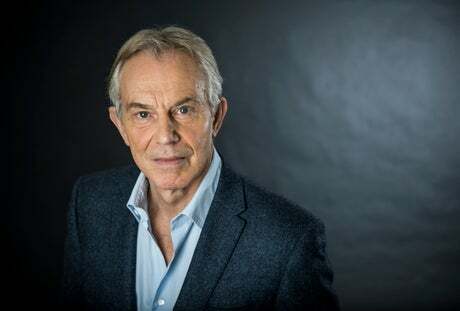 As we approach the COP26 summit, it’s clear that while the science of climate change is settled, whether we will do enough to tackle it — both in the targets we set and the actions we take — remains an urgent and unanswered question.

COP26’s success should be measured not in the amount of high flown rhetoric, or well intentioned demands for action, but in the degree to which it offers realistic plans to meet the scale of the challenge. It is time to move the issue from campaign mode to practical policy. To date, the focus has been on the need for leadership from high-income countries, and those such as China with the biggest emissions.

The key reason for this is that many parts of Africa are yet to industrialise: two out of every three people on the continent rely on subsistence farming, and around half the population still does not have access to electricity. The development challenge is harder still when you consider the continent’s population is set to double by 2050.

If Africa were to follow the same fossil fuel driven approach to this development as the West, the impacts on the climate would be catastrophic. If African emissions per person were to rise even to the current global average, the continent would emit 12.5 billion tonnes of greenhouse gases per year by 2050 — roughly equivalent to all emissions from China and India today. But the solution to climate change cannot be to stunt development, and further embed poverty and inequality. So how does Africa industrialise and improve energy access, while playing its part in the global drive for net zero?

The response to that complex challenge is often to reach for easy answers. Global leaders quickly pivot to facile talk of “leapfrogging” fossil fuels — failing to acknowledge the complexities of the transition for Africa, and that in many countries fossil fuels remain the cheapest solution to the challenges faced.

The good news is that many of the tools to enable that transition exist. Africa is well endowed with renewables, with vast potential for solar power, and for low cost hydro-electricity like the Inga dam in the Democratic Republic of Congo — a project that could power 20 per cent of the continent.

Exploiting those opportunities is hard — and to achieve it, wealthy countries must become credible partners for their African counterparts.

But progress has been slow. Twelve years on from making the commitment to mobilise $100 billion of funding per year for low income countries to tackle climate change, the commitment has not been met. And plans to take finance off the table for gas development in countries such as Mozambique might sound tempting — until we consider the vast benefits gas revenues could deliver in a country where GDP per capita is about $500, as well as the hypocrisy of doing so while wealthy countries profit from their gas deposits and use gas as an integral part of their energy mix.

So what needs to happen? First, there is an urgent need for more action from high income and high emitting countries to enable a rapid transition to low carbon in Africa. That means financial support, significantly higher than the $100 billion, to bridge the difference in costs between the climate friendly and least cost technologies. Africa cannot be expected to make itself less competitive to address a challenge not of its making.

It means either cutting oil and gas extraction in developed economies, to allow for further extraction to be focused as far as possible on those countries which need it most; or compensating African countries to keep their fossil fuel resources in the ground.

It means effective international carbon markets which provide African countries with value for maintaining and restoring their natural carbon sinks. And it means giving African economies the opportunity to play a leading role in new low carbon sectors like green hydrogen, not locking them out of those rapidly growing markets.

With that support, African countries can play their part by designing net zero plans which allow limited rise in emissions in the short-term, but in the medium-term put them on a pathway to net zero. This is hard for high-income countries — and it is even harder for countries with more pressing challenges, from low income to rapid population growth, food security and climate adaptation challenges created by emissions produced beyond their borders.

The acceleration in the climate crisis means that time is short — but it is not too late. Tackling it will require more than wishful thinking about leapfrogging fossil fuels and taking finance for fossil fuel development off the table. It will require real partnership and real leadership — starting with the agreements reached at COP26.