When Tony Abbott invented a carbon tax to win an election in 2013 – an act of political bastardry that poisoned our politics for a decade – I doubt he understood the climate wars he ignited would recast the electoral map and engineer a new progressive consensus in Australia.

But that’s what happened. The events of Saturday night represent the most profound electoral realignment in Australian politics since the Liberals splintered to form the Democrats in the 1970s, conservative Catholics migrated from Labor to the Liberal party, and the environmental movement became the Greens and claimed a chunk of Labor’s vote.

The Liberal party has been routed in its metropolitan heartland. Abbott and Scott Morrison have emptied the broad church.

The moderate wing has been decimated. Jewels in the Liberal crown – Kooyong, North Sydney, Goldstein, Higgins, Curtin, Mackellar – have fallen. The teal independents have put down roots in Liberal territory, and electoral ground, once ceded, is incredibly hard to reclaim.

The Labor campaign, led by Paul Erickson, managed to swim across the rip of this electoral realignment and the ALP will return to government, despite recording a primary vote of just over 30%.

Erickson and Anthony Albanese’s campaign creates a new rule book for Labor victories – not an inexorable sense of a social democratic moment, but an alignment of interests between progressives from the centre right and the centre left.

This was a very difficult line to walk and it required both strategy (as opposed to tactics, Morrison’s speciality) and luck.

Labor erected a signpost pointing to the end of the climate wars but tamped down progressive excitement in an attempt to neutralise an issue that had helped cost it government in 2019. With Labor present but recessed, the Greens rallied the progressive vote and surged in Queensland of all places – the state that destroyed Labor’s hopes of forming government three years ago.

Brisbane turned out for climate action, the Hunter stuck with Labor, and the chief evangelist of the gas-fired recovery, the resources minister, Keith Pitt, suffered a negative swing of 4% in fossil fuel heartland in regional Queensland.

On Saturday night, the fake fight between the cities and the regions was exposed as the unconscionable hyperpartisan con it always was.

Labor, as of midnight, was on track for majority government, with an expanded crossbench that will enter parliament with a clear mandate for climate action and important measures to safeguard democracy, like a federal integrity commission.

It’s not just the lower house. The Senate will likely lean progressive as well.

Albanese made his intentions clear. As he claimed victory in Albo country on Saturday night, he told the true believers the fourth Labor government since the second world war would not be letting the grass grow under its feet. “I am here not to occupy the space, but to make a positive difference each and every day,” he said.

But this transition to government will be difficult with rising inflation, rising interest rates and geopolitical instability. This election campaign also demonstrated implacable institutional forces remain reflexively hostile to progressive governments in this country. These forces can’t ultimately hold back the tide, but they can make life very uncomfortable.

Labor will likely govern with a one-seat majority but Albanese could have to navigate his second minority government.

It is unclear whether or not the Liberal party will be smart enough to learn the lessons of the epochal rout on Saturday night.

With Morrison stepping down as leader and Josh Frydenberg one of the victims of the former prime minister’s abject failure to be the serious person serious times required, Peter Dutton is likely the next leader of the Liberal party.

I suspect a newly sworn-in Albanese would have wanted to see Frydenberg across the dispatch box in the hope that a moderate, next-generation Liberal leader might be a partner in finally ending the climate wars and establishing a constitutionally enshrined Indigenous voice to parliament. 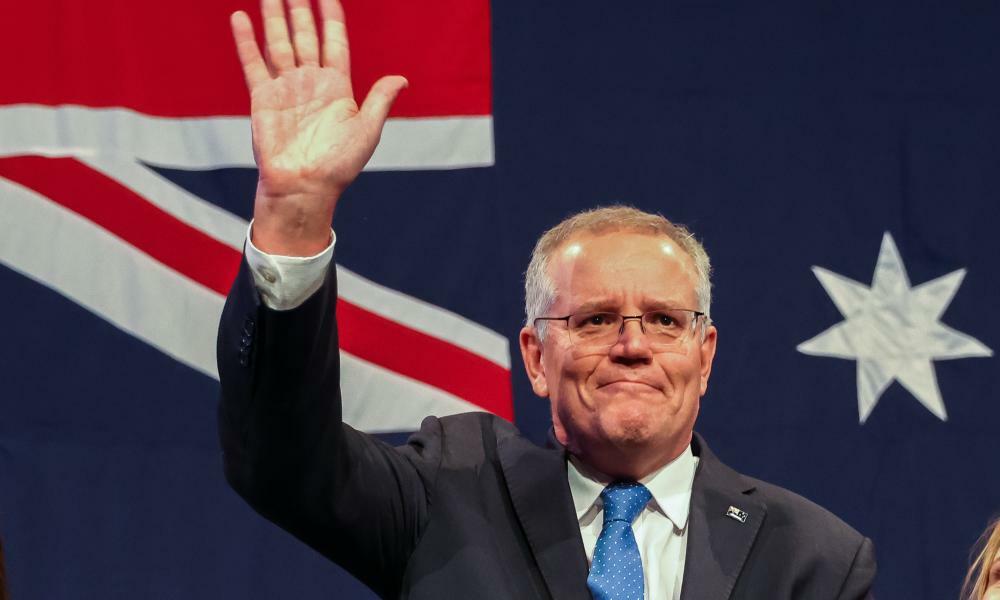 Australia finally got its climate election, as the Greens and teal independents ripped apart the blue-ribbon base.

There’s an ancient observance in Chinese history that an earthquake is an ominous omen of coming political change. When the…