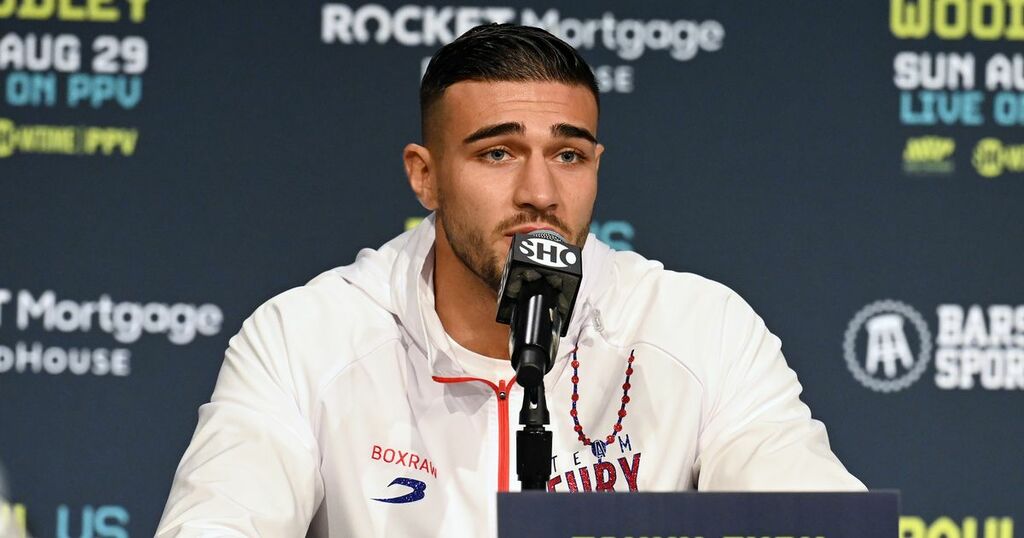 Tommy Fury has issued his prediction for Tyson Fury's trilogy bout against Deontay Wilder, backing his brother for another knockout win.

After a controversial draw in the first meeting, Fury's knockout in the rematch secured the Manchester fighter the WBC heavyweight belt and inflicted the first defeat of the American's career.

Now, on the back of numerous delays and arguments in the courts, the pair will face off again this weekend in Las Vegas.

Fury is looking to successful defend his title against the Bronze Bomber, who is seeking redemption but finds himself as the underdog for the bout.

Having secured a resounding victory last time out, Fury is the favourite once again and his brother Tommy believes the outcome will be the same.

“He’s sitting back on that throne where he belongs. I think what’s going to happen in Tyson – Wilder 3 is you’re going to see Deontay come out and will be throwing a million punches per round for the first four or five rounds," he told BT Sport.

“I think after that, it’ll be just like it was in the second fight. I feel like whenever Wilder has spent what he’s throwing, and he hasn’t any more left, you’re going to see Tyson come on very strong. You’re definitely going to see a stoppage again."

Fury's trilogy bout with Wilder will take place in the early hours of Sunday morning in the UK, with ring walks expected at around 4am.

The fight will have a significant landscape on the world heavyweight scene, with Fury then expected to return to the UK for his next bout.

A likely opponent for Fury if he beats Wilder is fellow Brit Dillian Whyte, who is the WBC's mandatory challenger.