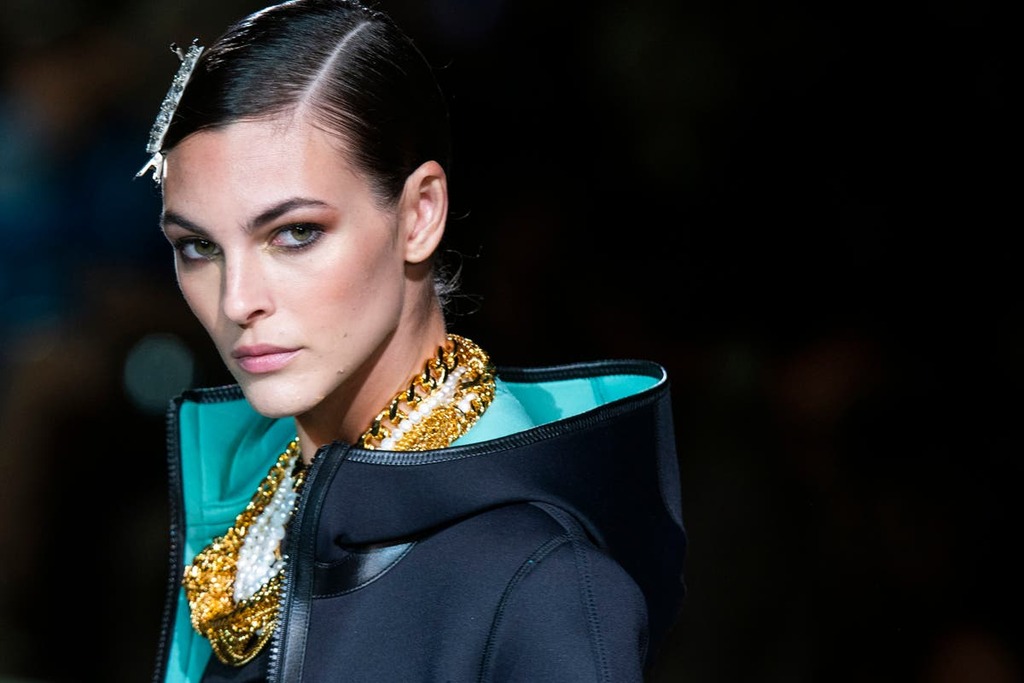 The Champagne was cold and the front row star studded Sunday night as Tom Ford closed New York Fashion Week at Lincoln Center with a spring-summer collection of disco glam.

His 120 guests — mandatory masks on — were seated on long, soft white couches at the David H. Koch Theater as Ford s models walked in capris and jacket sets of electric blue and pink, purple sequined party looks and embellished gold crop jackets — some all at the same time as his soundtrack pushed the party along.

Ford, the chairman of the Council of Fashion Designers of America, significantly pared down his crowd to conclude New York's first full in-person fashion week since the pandemic began. Dozens of designers spread out over Manhattan and Brooklyn to welcome generally smaller crowds with varying degrees of attention paid to COVID precautions.

The six days of shows ended the night before the mini-Met Gala, a huge evening for fashion that was canceled last year due to the pandemic. Ford wound things up at the same time as the 2021 MTV Video Music Awards were underway in Brooklyn.

Jennifer Hudson seated between Dan Levy and Julianne Moore, bounced to Aretha Franklin's “Respect" as she took video of Ford's show on her phone. Hudson plays Franklin in a new biopic of the same name as the mega hit.

Gigi Hadid was among Ford's models, dressed in slinky — and shiny — evening joggers of bright blue, a crop electric green tank and a copper jacket. He carried the green into trousers and jackets in an animal print. There were all-black looks for men and women, including a couple of corset tops, parachute pants and trench coats.

One model carried a bouquet of white flowers in loose gold pants paired with a silver bra top and shirt coat that reached the ground. Ford didn't speak to reporters after the show to explain his disco bride.