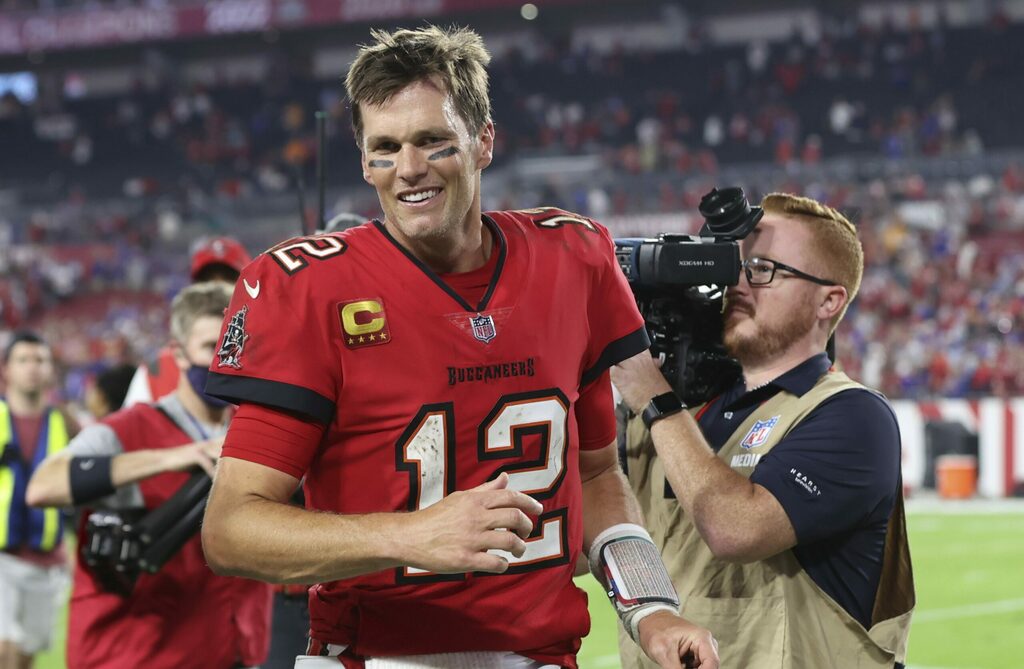 I probably wouldn’t but it’s not because he isn’t. It’s mostly because I’m an Eagles fan who will just never vibe with him. But hey! Even I can’t deny that the man is great at football.

What he is not great at, though, is developing a clothing line.

We have actual evidence of this. Brady launched his new apparel brand called — wait for it — the “Brady Brand” which says just about everything you need to know about it.

It’s a bunch of expensive, middle-aged suburban dad gear that pretty much only says “Brady” on it over and over again. That’s literally all it says, y’all.

Here he is wearing one of the hoodies himself.

Today’s the day. 3 years in the making. @bradybrand is live! Hit the link to get yours!! https://t.co/BbImNcB9Ij pic.twitter.com/7op2iNGsu7

Three years in the making, apparently. For hoodies and t-shirts and hats that all say Brady. Amazing.

Let’s explore a bit, shall we?