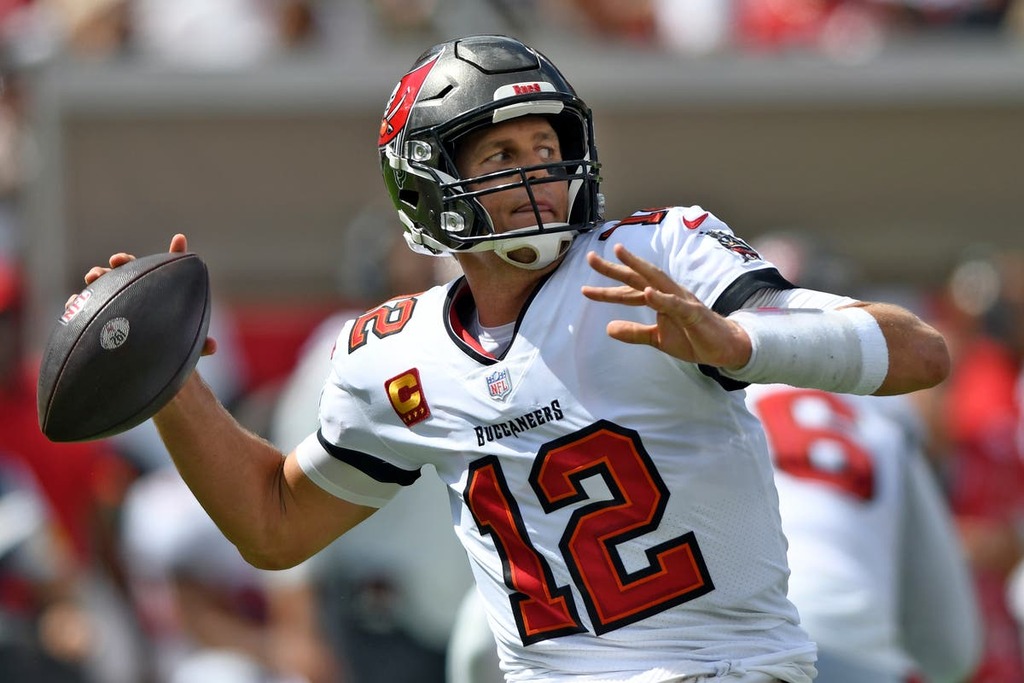 The 44-year-old threw five touchdowns and the Super Bowl champions scored six in total as they improved their season record to 4-1.

Brady, the NFL’s record holder, has 596 career touchdowns after throwing two apiece to Antonio Brown and Mike Evans and one to Giovani Bernard on Sunday.

Aaron Rodgers moved his way up to fifth in the list as his Green Bay Packers edged to a rollercoaster 25-22 victory over the Cincinnati Bengals.

The 37-year-old threw two touchdown passes to take his career tally to 422 and move above the retired Philip Rivers.

But the game ended in drama as, with the score tied at 22-22, both teams missed field goals in the closing stages of the fourth quarter and at the start of overtime.

Eventually, Packers kicker Mason Crosby found his range as he slotted over from 49 yards with two minutes remaining to move Green Bay to 4-1.

Ben Roethlisberger – eighth on the quarterback passing list with 402 – silenced some of his critics as he led the Pittsburgh Steelers to a 27-19 triumph over the Denver Broncos.

The 39-year-old had struggled as the Steelers lost three straight games but threw touchdowns to Diontae Johnson and Chase Claypool to see off Denver.

Head coach Urban Meyer was warned by franchise owner Shad Khan he needed to “regain our trust and respect” after a video of the 57-year-old at a bar went viral following their last defeat.

And Meyer watched his side fail to deal with Titans star running back Derrick Henry, who rushed for three touchdowns.

The winless Detroit Lions lost to a last-second field goal for the second time this season as Greg Joseph’s 54-yard effort secured a 19-17 success for the Minnesota Vikings.

The New England Patriots also won thanks to a last-gasp field goal as they saw off the Houston Texans 25-22.

Jameis Winston threw a 49-yard ‘Hail Mary’ to Marquez Callaway during the New Orleans Saints’ 33-22 victory over the Washington Football Team, while the Philadelphia Eagles beat the Carolina Panthers 21-18.