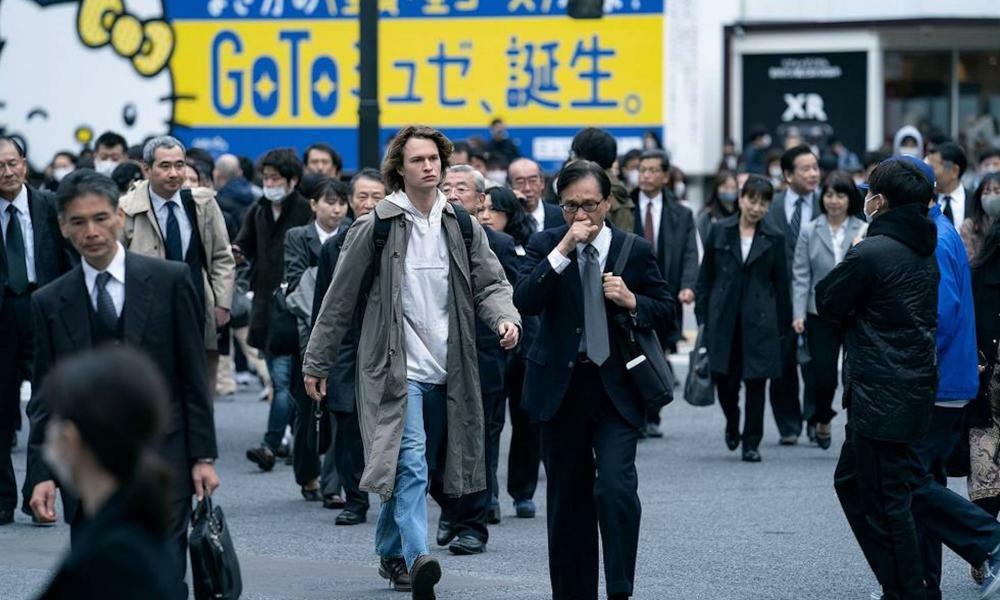 The Guardian - UK
The Hunger Games created by NDIS algorithms

InnovationAus
Is it time to talk about Newcastle United’s badge?

At the height of their power, four brothers from Sri Lanka’s Rajapaksa dynasty held the presidency and the prime minister’s…

France 24
One subscription that gives you access to news from hundreds of sites
Friday briefing: How do you solve a problem like the Northern Ireland protocol?

In today’s newsletter: two years after Brexit, Sinn Féin’s rise has the Northern Ireland protocol is back in the news…

The Guardian - US
Get all your news in one place
Latest Lifestyle news:

The Conversation
Read news from The Economist, FT, Bloomberg and more, with one subscription
Learn More
Accused Buffalo mass shooter had threatened a shooting while in high school. Could more have been done to avert the tragedy?

Nearly a year before he was charged with shooting and killing 10 shoppers, and wounding three more, at a Buffalo,…

Ballotpedia
VIDEO: Baby Bio-Neck: Giraffe Calf Waking Tall After High Tech Braces Cures Wonky Legs
This cute giraffe calf has been given a new lease of life after having her crooked legs corrected with innovative…

Have you ever caught yourself talking a little bit differently after listening to someone with a distinctive way of speaking?

The Conversation
From analysis to good news, read the world’s best news in one place
VIDEO: Feline Grouchy: Sigrid The Hissing Cat Warns People And Dogs To Keep Their Paws Off
Who needs a bike lock when you have a cat in a basket that likes to warn people – and…

In Tokyo Vice, HBO max’s new highly praised TV series, the audience follows the adventures of journalist Jake Adelstein in the Japanese underworld. The series is inspired by Adelstein’s memoir of the same name, released in 2009. Adelstein was the first westerner to be hired at the Japanese news outlet Yomiuri Shimbun and in the series he encounters corrupt cops, hostess girls and the infamous Japanese mafia, the yakuza.

Critics have questioned how real Adelstein’s account is. However, based on my own experiences as a researcher who has worked with yakuza, the representation of them in the series is not too far off.

In 2017, I published a book on yakuza tattoos, the work was based on fieldwork in Yokohama and I conducted interviews and photographed yakuza members. The series brought me back to my experience with the yakuza, which was both frightening and fun.

Yakuza is the common name for organised crime in Japan. The yakuza is not one organisation, but several. They often portray themselves as honourable organisations (ninkyō dantai) descending from the Samurai way of life.

It is hard to prove that the yakuza descended from samurais. But these organisations can be traced back to the late 1800s; to street peddler (tekiya) and gambler (bakuto) gangs – to lose a hand in the card game oicho-kabu is 8-9-3 and that is pronounced ya-ku-sa.

Much of my experience with the yakuza came flooding back as I watched Tokyo Vice and its explorations of the different ways the organisation is perceived. At the time of my visit, the clan to which my informants belonged had just split and there was a conflict between the two groups which made my visit more thrilling.

One of the stories in the series is based on the rivalry of two yakuza families and viewers are introduced to a “good” and a “bad” yakuza boss. In the series the bad boss, Tozawa (played by Tanida Ayumi), is setting up a fraudulent loan company that makes money from people’s debt by giving them the option to kill themselves and pay their debt in an insurance clause. The other yakuza boss, Ishida (played by Shun Sugata) explains to Adelstein that making people kill themselves to pay their debts is not the yakuza way of doing business.

In real life most headlines concerning the yakuza relate to fraud, extortion and murder. But the members I talked to saw themselves as morally correct, stressing that they did charity work for the poor.

There are examples of these criminal organisations helping society, like during the 2011 earthquake and the tsunami that followed, when it was reported that yakuza were the first to bring relief supplies to affected areas. However, even the yakuza acknowledge they don’t have the best reputation, despite seeing themselves as Robin Hood-type figures.

Another concept that is spot on in the TV series is some of the cultural aspects of the yakuza, from the way their offices look to certain ceremonies but also their infamous tattoos. Full body tattoos (irezumi) are very common among yakuza members. In the show, these are very accurate and they contain many traditional symbols like Shinto gods, koi fish and dragons.

Another interesting aspect is the tattoos among younger yakuza members. Many choose not to follow the traditional tattoo style. For instance, one younger member in the series has neck tattoos, which is not a traditional location for a tattoo. I also encountered younger yakuza members that had more of an American gangster touch to their tattoos, showing guns and RIP signs.

The show made a lot of the emotions associated with working with such people and institutions come back to life. Walking down the road with a yakuza boss gives you multiple feelings. On the one hand, you feel untouchable and powerful; on the other hand, you feel like your life can end at any moment. Tokyo Vice brings me back to these feelings, not only through its thrilling story but also by putting a lot of effort into the details of portraying yakuza life.

Andreas Johansson does not work for, consult, own shares in or receive funding from any company or organization that would benefit from this article, and has disclosed no relevant affiliations beyond their academic appointment.

The Guardian - UK
The Hunger Games created by NDIS algorithms

InnovationAus
Is it time to talk about Newcastle United’s badge?

At the height of their power, four brothers from Sri Lanka’s Rajapaksa dynasty held the presidency and the prime minister’s…

France 24
One subscription that gives you access to news from hundreds of sites
Friday briefing: How do you solve a problem like the Northern Ireland protocol?

In today’s newsletter: two years after Brexit, Sinn Féin’s rise has the Northern Ireland protocol is back in the news…