Prime Minister Anthony Albanese has named co-operation on climate change a major regional security issue as he takes a new approach to strategic policy at his first major international engagement.

Speaking to leaders of the US, Japan and India, Mr Albanese reaffirmed his commitment to a grouping between the countries known as the Quad and formed as a counterweight to China’s rising regional power.

“We will stand firm on our values and our beliefs, on what we know will enhance the prosperity and stability of our region,” he said.

“We will bring more energy and resources to securing our region as we enter a new and more complex phase in the Pacific’s strategic environment,” he said.

“We will act in recognition that climate change is the main economic and security challenge for the island countries of the Pacific.”

Meanwhile, the new government has turned back its first asylum seeker boat.

The boat had been intercepted near Christmas Island on Saturday and Australians were alerted to its arrival via text messages from the Liberal Party in a last-minute attempt to win votes on polling day.

An Australian Border Force spokesman said Acting PM Richard Marles had confirmed the Labor government was committed to Operation Sovereign Borders and therefore the boat had been safely turned back to Sri Lanka.

Mr Albanese is expected to begin work on Labor’s priorities when he arrives back in Australia on Wednesday.

Pacific security emerged as a key election issue after the Solomon Islands signed a security deal with China in what Labor said was a failure of diplomacy.

Mr Albanese said the deal had been discussed by Quad leaders, who canvassed better relationships as a check on Beijing’s rising influence.

“We discussed the need for the Quad to engage more in the Indo-Pacific,” Mr Albanese said.

“That was a general theme – ‘How do we engage? How do we make sure that we push our shared values in the region at a time when China is clearly seeking to exert more influence?’’’

Now the Albanese government is pointing to a new approach on foreign and security policy, areas it considered were limited by a recent preoccupation with defence, says Peter Dean, chair of defence studies at the University of Western Australia.

“The Morrison government’s national security strategy was to spend more on defence, talk tough on China and do some positive things on foreign interference and cyber security,” he said.

“Labor wants to focus on what we might call traditional statecraft.

Some commentators have framed the Quad as a chance for Mr Albanese to establish tough-on-China bona fides, but Professor Dean says the grouping is less about hardcore security than using public commitments to shared values as a check on China’s power.

“They are appealing to the countries of South-East Asia and the rest of the Indo-Pacific, who don’t want to make everything about China or security and defence issues,” he said.

The Quad has presented a chance for Mr Albanese to tout the government’s emissions-reduction policy on the world stage in line with a long-held plan to deepen the ANZUS alliance through climate change co-operation.

“Under President Biden, the US has made climate and climate security essential to defence and foreign policy,” Professor Dean said.

“This was a real block with this particular US administration; it was fine under Trump but it did not play well with the Japanese and certainly not in the Pacific.”

Australia’s perceived absence of climate policy had been seized upon by Chinese diplomats in the Pacific.

In 2019, the Morrison government lobbied to have the phrase “climate crisis” removed from an official communique of a forum of Pacific leaders, prompting a major diplomatic backlash.

But Australia also wore criticism in the Pacific for opposing a call to ban new coal mines. Labor’s policy of supporting new mines if they won regulatory approval drew criticism in the campaign.

On his way to Tokyo on Monday, Mr Albanese received an overture from Chinese Premier Li Keqiang.

China’s second-most senior official ended a two-year block on top-level communications with Australia to offer his congratulations to the new Prime Minister for his election victory. 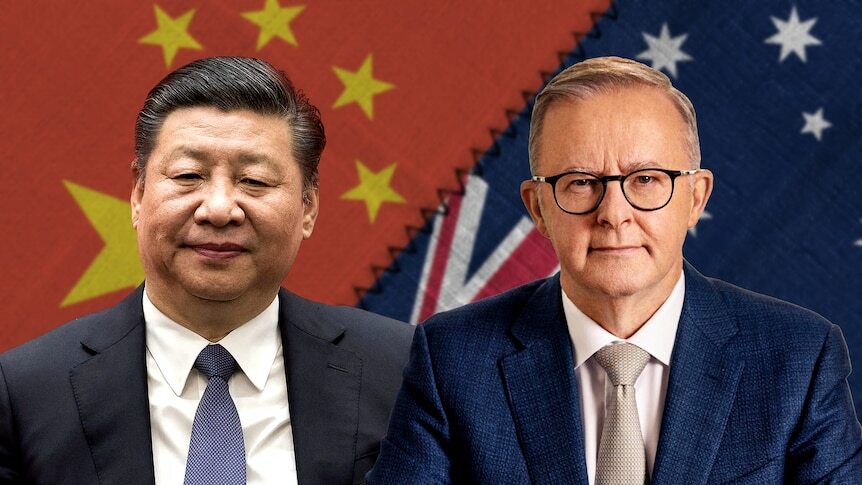 How will the Labor government shape foreign policy on China?
After years of disputes, we explore whether the change in government will thaw the deep freeze between Australia and China,…

Prime Minister Anthony Albanese declares that Australia's commitment to the Quad "will not change" under his government, while stressing that…