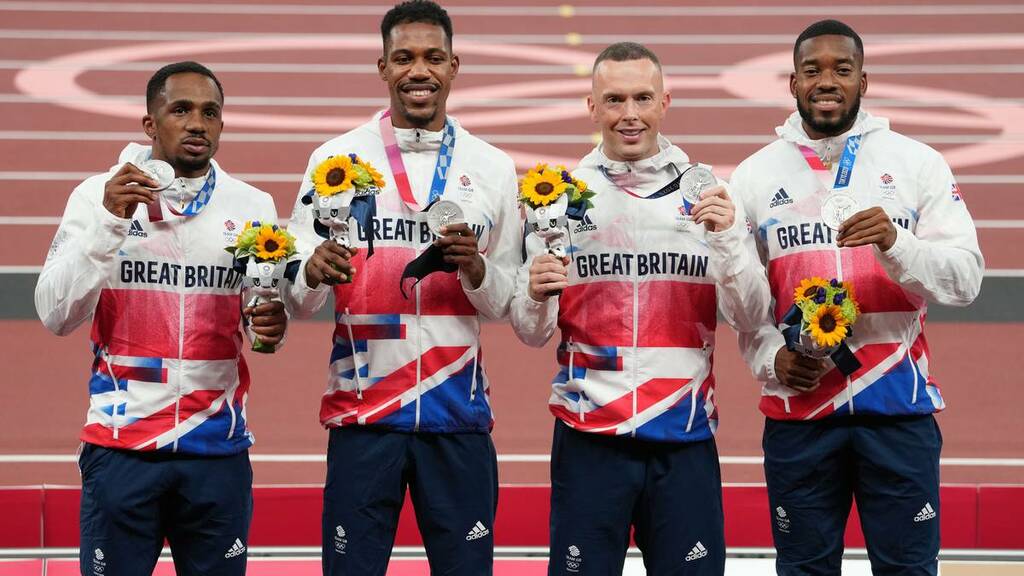 Britain are increasingly likely to be stripped of their men's 4x100 metres Olympic silver medal from Tokyo after Chijindu Ujah's B sample confirmed his positive drugs test.

News of Ujah's failed test emerged days after he had run the first leg of a thrilling race in which Italy pipped the British team to gold by 0.01sec.

Ujah then requested that his B sample be tested, but The International Testing Agency has now confirmed it also contained traces of the illegal substances.

The case has been referred to the Court of Arbitration for Sport, which will decide whether Britain will be stripped of the silver medal.

Even if Ujah was able to argue that the substances entered his body from a contaminated supplement, Britain would be likely to lose the medal under strict-liability rules.

International Olympic Committee rules state: "Where the athlete who has committed an anti-doping rule violation competed as a member of a relay team, the relay team shall be automatically disqualified from the event in question, with all resulting consequences for the relay team, including the forfeiture of all titles, awards, medals, points and prize and appearance money."

Once Cas has ruled on the Olympic medal, the case will go to the Athletics Integrity Unit to decide on what sanctions Ujah might face.

Should the relay team lose their medal, Team GB's Tokyo medal haul would drop to 64, one fewer than the team managed at the London 2012 Games. It would also mean just five medals for the athletics team.

Ujah reacted to news of his failed test last month, saying: "I am completely shocked and devastated by this news. To be absolutely clear, I am not a cheat and I have never and would never knowingly take a banned substance. I love my sport and I know my responsibilities both as an athlete and as a team-mate."

Zharnel Hughes, Richard Kilty and Nethaneel Mitchell-Blake, the other three members of the relay quartet, have remained largely silent on the subject.

Meanwhile, UK Sport says it is concerned about news that some of Britain's leading athletes have discussed resigning from their UK Athletics contracts and giving up funding due to disillusionment with the governing body.

UK Athletics is understood to have held an emergency board meeting on Tuesday after Telegraph Sport revealed a group of British athletes had raised their concerns with World Athletics president Lord Coe, pleading with him to step in.

That followed a series of "catastrophic" cuts among Olympic medal-winning coaches. UK Athletics said any changes were "not set and remain under consultation, which has been further extended to ensure the feedback is given full consideration".

It added that "for some, the changes made are difficult".

A UK Sport spokesperson said: "Following Tokyo 2020, every sport is expected to conduct a review to assess their performance in Tokyo and look at where they are with the development of their programmes and athletes as we look towards Paris. In the coming weeks we will be working with sports, including athletics, to discuss their review.

"The suggestion that athletes may be considering leaving the World Class Programme is a concern and something we will discuss with the UK Athletics leadership team."

Any athlete with a grievance was urged "to speak up".