Todd Boehly is set to provide Thomas Tuchel with a £200 million transfer war chest as Chelsea look to close the gap on Liverpool and Manchester City at the top of the Premier League. The Blues came third in the 2021-22 campaign but finished 19 points adrift of the title winners.

This summer is likely to be one of the busiest at Stamford Bridge for years with a number of positions in need of bolstering. Antonio Rudiger, Andreas Christensen and Marcos Alonso are all set to depart, leaving huge gaps in Tuchel's defensive options.

Both N'Golo Kante and Jorginho are entering the final year of their contracts and a decision needs to be made whether they are moved on or not, and their subsequent replacements if so. The future of Romelu Lukaku is also uncertain while the likes of Timo Werner, Hakim Ziyech and Christian Pulisic have all been linked with moves away too.

A report from The Telegraph indicates that after certain player sales are taken into account, Tuchel is set to have £200million at his disposal to strengthen his side. Last summer saw just two new players signed in the form of Lukaku and Marcus Bettinelli, with midfielder Saul Niguez set to return to Atletico Madrid following his loan spell.

With a number of defenders set to depart, the Blues have drawn up a lengthy list of options to bolster their backline. A separate report from The Telegraph indicated the Jules Kounde and Josko Gvardiol prioritised. Other names on the list include Pau Torres and Jose Maria Gimenez. It also emerged that Raheem Sterling could be targeted if one of the current attacking contingent are sold. 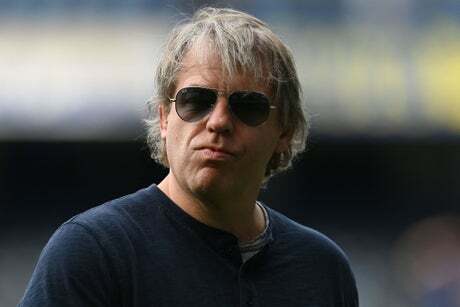 Evening Standard
From analysis to the latest developments in health, read the most diverse news in one place.
Arsenal join race for 'next John Terry' as Todd Boehly handed huge Chelsea transfer decision

Levi Colwill, who has been compared to all-time Chelsea great John Terry in the past, is attracting interest ahead of…

Chelsea had targeted the soon-to-be free agent but they look set to lose out to Tottenham.

With Chelsea set to be handed £200million to spend on improving their squad this summer, football.london takes a look at…