Today we ask the government - is HS2 coming to Nottinghamshire or not? 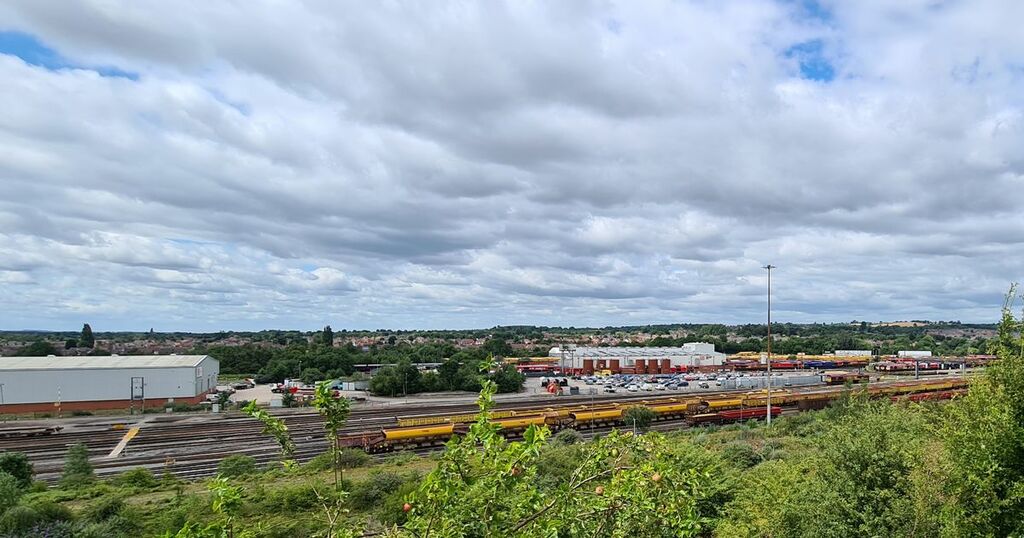 Frustrated local leaders and MPs in Nottinghamshire are again demanding an urgent decision on HS2 East amid continued speculation and uncertainty over the "transformational" proposals.

The eastern leg of the High Speed 2 rail project (Phase 2B) had been put back up for review due to spiralling costs and revised proposals - in the form of an Integrated Rail Plan (IRP) - were expected to be released earlier this year.

Publication of the IRP was delayed again, however, due to the local elections which had also been postponed as a result of the coronavirus pandemic.

For months now MPs have continuously called for the IRP to be published, all the while seemingly becoming somewhat of a joke to Boris Johnson's Government.

Today, Nottinghamshire Live joins those calls for action and asks exactly what has happened to the levelling up we were promised?

Mansfield MP and leader of Nottinghamshire County Council, Ben Bradley, asked about the IRP in a Commons debate on September 9 to which Andrew Stephenson, Minister of State for the Department for Transport, laughed as he repeated his tried and tested answer of "soon" with little elaboration as to when it will be unveiled or what it will include.

Mr Bradley thanked Mr Stephenson, also the HS2 Minister, for what he described at the time as yet another "enlightening answer".

Debates concerning HS2's Eastern leg, running through Nottinghamshire via a hub at Toton and up to Sheffield and Leeds, have been big on the agenda in Parliament this past week.

Mr Bradley held a Westminster Hall debate concerning the future of the East Midlands economy with a number of MPs on Tuesday, September 7.

Included in the discussion was Nottingham South's Lilian Greenwood, Broxtowe's Darren Henry as well as Nottingham East's Nadia Whittome, who has just returned from a break due to PTSD.

Mr Bradley said the East Midlands had received some of the lowest levels of Government funding over the years, as well as similarly low levels of private investment as a result.

He emphasised the importance of the East Mids Development Corporation, which incorporates the transformation of Chilwell, Toton and the soon-to-be decommissioned Ratcliffe-on-Soar power station.

Also highlighted was the East Midlands Freeport which could lead to roughly 25,000 jobs and an £8.4bn-boost to the economy over a quarter of a century.

However during the debate Labour MP for Chesterfield, Toby Perkins, interjected and said all of these plans were "fundamentally undermined by the Government's constant dithering" on the eastern leg of HS2.

Speaking to Nottinghamshire Live at the end of the week she said: "The risk is that once again we risk the Government breaking their promises to the East Midlands as a region, as my colleague Toby Perkins said.

"The East Midlands remains at the bottom of the heap as it has for two decades now."

Ms Greenwood, who formerly chaired the Transport Select Committee, says the benefits of HS2 East are not one-dimensional.

She emphasised even for those who do not use the high speed line as a mode of transport itself, they will benefit from the jobs, opportunities and investment, including enhanced connectivity with the north and West Midlands.

She says HS2 East is even more important as the West Midlands looks set to benefit from Phase 2A (West Midlands to Crewe), which is still going ahead.

"We risk being left in the slow lane," she added.

"For someone now who gets the offer of a job in the West Midlands you might think it is a terrible journey by car or rail now, these plans are transformative for that.

"I hope that the work we have done to make these arguments, and this has been cross-party, is enough.

"Nottinghamshire has more Conservative MPs and you would have thought they will deliver for our region, but it looks like they do not have that clout to persuade the Government.

"If it is a scaled-back version it will show we have just been let down again as we have been over the last 11 years."

Mr Bradley says the IRP must address a number of key questions.

These include whether or not it will help regional connectivity, including enhancement of the Robin Hood Line, and whether it will "unlock Toton".

He said: "Toton could unlock plans for the north and Chesterfield, including a major engineering centre for HS2 in an area around north Nottinghamshire and Derbyshire, with potential for 2,000 jobs.

"If HS2 doesn't happen in any form that will be really disappointing and the East Midlands will lose out. But it’s not a £27bn project or it’s nothing. There are all sorts of compromises.

"The IRP is not just about HS2, there are all sorts of local and regional projects. I don’t know what we’ll get but I’m very hopeful that we’ll get more than what we’ve got now."

'The English disease is procrastination'

On a more localised level existing HS2 plans suggested huge changes to the borough of Broxtowe in particular.

A number of residents in the village of Trowell, whose homes would have been demolished as part of the initial plans, described their treatment as "shambolic".

They have been left in limbo since June 2019 - the last time they received any form of communication from the Government.

Milan Radulovic, the leader of Broxtowe Borough Council, spoke to Nottinghamshire Live of his frustration.

He says consistently the Government has spent too long focusing on "fanciful things in the south and London", evidencing his claim with mention of the £40bn Crossrail 2 project.

A total of £115m was spent on the Crossrail plans before they were mothballed towards the end of last year, according to the New Civil Engineer.

"What we are looking at, if HS2 was to go ahead, is for every £1 that the Government puts in it would raise £2.01 from private sector [investment]," he said.

"We are looking to bring in further jobs, create a business park as part of the Toton master-plan and bring in factory jobs. We are trying to get away from the big-box distribution type and into localised opportunities for businesses to grow and expand."

He added: "We have the East Midlands Freeport that we need to plan for. Overall with the DevCo it looks to create something like 84,000 new jobs over the next generation and that needs planning for, now. We cannot keep suspending the decision.

"If HS2 is not going to go ahead, the Eastern leg, then that puts at risk a future generation's opportunities. The leverage goes down to £1.04 from private investment for every £1 the Government puts in.

"There needs to be a great deal of thought for the future generations. If we don't do it now it is the abdication of moral responsibility and I'm afraid that at the moment I am incredibly frustrated with the Government's lack of ambition for the East Midlands.

"We don't need another King's Cross like at London. It does not need to be another supermarket on a train station or a number of fanciful shops that most likely would never happen anyway. Put someone in charge with some common sense for a change.

"HS2 makes financial sense, it makes economic sense and social sense and provides for the next generation."

Councillor Radulovic says he fears the IRP will simply "start off another discussion".

He added that if Conservative leaders in Nottinghamshire fail to convince the Government to press ahead with some form of plan for Toton he "will never forgive them".

"The English disease is procrastination," he added. "The rest of the world is moving on and we are stuck in an idealistic time-warp."