To Win The War For Talent, Amazon Will Pay ‘Full College Tuition For Frontline Workers’ 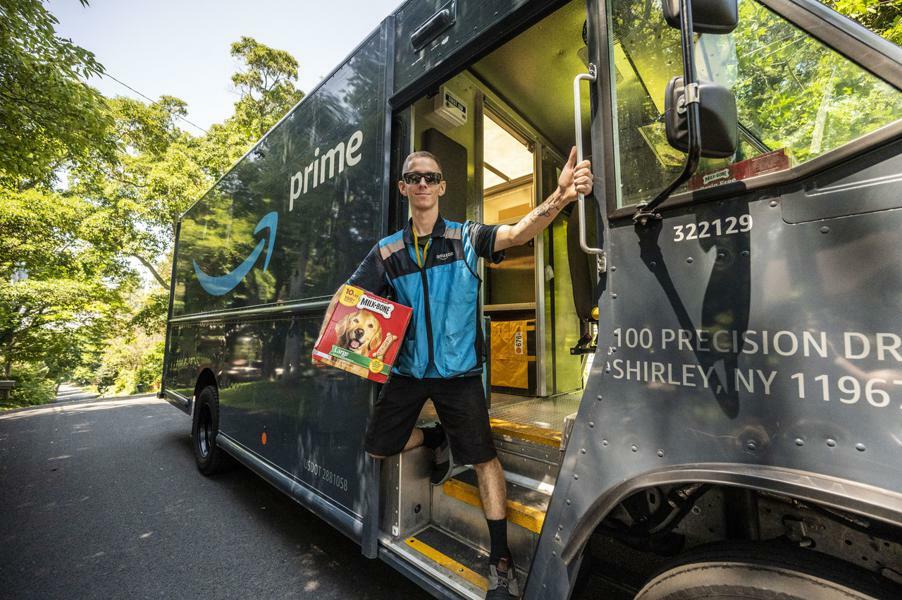 Amazon will pay full college tuition for frontline workers, according to a company blog post. The giant online retailer said, “More than 750,000 operations employees in the U.S. are eligible for fully funded college tuition, including cost of classes, books and fees.” The program may cost about “$1.2 billion by 2025.”

Separately, the company’s Career Choice program will “fund high school completion, GEDs and ESL proficiency certifications.” The retail juggernaut plans on paying the participants’ tuition and fees in advance. This would help out the cash flow for families who would otherwise be forced to pay out of pocket and wait for reimbursement. The company is also offering an upskilling program.

The programs are a magnanimous gesture on the part of Amazon. This could help hundreds of thousands of people improve their lives. It's also practical and necessary.

During the pandemic, Amazon saw an insatiable amount of demand, as people were afraid to leave their homes to shop and went online instead. As states reopened and restrictions eased, the economy improved and the job market became hot. A war for talent started. Companies complained that there aren’t enough workers to meet the growing  needs of employers.

The rebound in job openings had an unanticipated effect. Instead of people immediately jumping at new opportunities to quickly get back to work, they demurred. We saw the rise of the “Great Resignation” and “Great Realization” trends. This new worker philosophy created challenges.    It made it harder for businesses to find and keep workers. This trend is large and widespread. The U.S. government reported that there are over 10 million new jobs open. This number is larger than the amount of people in between positions. Despite the plethora of open roles, people are taking their time to find the perfect fit.

The nearly two-year ordeal of coping with a deadly virus made Americans reevaluate their lives, jobs and careers. People from all socioeconomic stratas started thinking about what they really want to do with their lives. Millions decided to quit their jobs or take time to figure out what is the next best step in their careers. They received the message loud and clear: we have only one life to live; it's short, precious and it's imperative to make the best of it.

Additionally, the fear of catching Covid-19,  sudden surge of the Delta variant, a desire to leave low-paying retail and food services jobs, child-care issues, worries of what to do if public schools don’t reopen in the fall and enhanced unemployment benefits, created a massive shortage of job seekers. Consequently, businesses found it hard to get workers.

Amazon, like many companies, faced large turnovers in staff. It's time consuming and expensive to interview, hire, onboard and train new workers. Businesses are better off retaining top talent. The new solution for many large corporations was to start implementing significant enticements to attract and retain workers. Companies are competing with each other to offer hefty sign-on bonuses, higher wages, paid college tuition, upskilling and other incentives.

It's not just Amazon. Target, the large retailer with department stores across the country, announced that it's offering a substantial benefit to attract and retain workers. The retailer will take care of the cost of college tuition, fees and textbooks. The employees will have access to around 250 mostly online programs offered by about 40 colleges and universities.

The Minneapolis-based chain will extend this offer to its 340,000 full and part-time workers.  Additionally, Target plans to help its staff with student debt.

Melissa Kremer, chief human resources officer, said in a company post, "Target employs team members at every life stage and helps our team learn, develop and build their skills, whether they're with us for a year or a career." Kremer explained, "A significant number of our hourly team members build their careers at Target, and we know many would like to pursue additional education opportunities. We don't want the cost to be a barrier for anyone, and that's where Target can step in to make education accessible for everyone."

In a company blog post, Walmart previously announced at the end of July that it will “pay 100% of college tuition and books for associates through its Live Better U (LBU) education program.”  The size of the program is staggering. About “1.5 million part-time and full-time Walmart and Sam’s Club associates in the U.S. can earn college degrees or learn trade skills without the burden of education debt.” The largest employer in the U.S. will allocate about $1 billion over the next five years “in career-driven training and development.”

Lorraine Stomski, senior vice president of learning and leadership at Walmart, said about the program, “We are creating a path of opportunity for our associates to grow their careers at Walmart, so they can continue to build better lives for themselves and their families.” Stomski added, “This investment is another way we can support our associates to pursue their passion and purpose while removing the barriers that too often keep adult working learners from obtaining degrees.”

Other major U.S. companies, including Chipotle and Starbucks, have previously shared their own plans to attract applicants. Chipotle began offering debt-free degrees to its workers in 2019, and in April, expanded the program to 10 colleges and 100 different degree programs, including those in agriculture, culinary and hospitality.

Starbucks also had a plan in place. They were early in adopting progressive employee-friendly benefit programs. The company previously said, “We’re committed to the success of our partners (employees). Every benefits-eligible U.S. partner working part or full time receives 100% tuition coverage for a first-time bachelor’s degree through Arizona State University’s online program,” and the workers may select from over “100 diverse undergraduate degree programs, and have our support every step of the way.”

McDonald's, one of the largest restaurant chains with 800,000 workers and 13,450 United States locations, has enacted big changes to entice people to join the golden arches. In the U.S., the fast-food outlet plans to boost pay, provide back-up emergency child care, give paid time off and kick in for tuition costs. For an entry-level person, they would earn around $11 to $17 an hour. Shift managers will get about $15 to $20 an hour.

Some companies are spending a small fortune to lure in job seekers. According to GlobalData, a leading analytics company, “A supply crunch for talent has pushed companies to go the extra mile and offer sign-on bonuses that can extend to an impressive $100,000 for specialty jobs.” GlobalData added, “Advertisements offering a sign-on bonus have increased across all sectors by a whopping 454%, from 10,312 positions in August 2020 to 57,123 in August 2021.”

As you can imagine, the healthcare sector saw the most sign-on bonuses “with a particular focus on registered nurses.” Ascension Health Alliance posted a job seeking a “Physician of Neurology Multiple Sclerosis” in August 2021 that said it will pay a sign-on bonus of up to $100,000. A similar bonus was offered by Midwest Dental for its “General Dentist—Dubuque” role.

Raytheon Technologies, in the defense industry space, is offering a “minimum $50,000 sign-on bonus for several software-related jobs that require active secret security clearance.” Raytheon is also giving $12,000 bonuses “for incumbents with top secret or sensitive compartmented information (TS/SCI) clearance.” Automotive technicians and repairers, animal caretakers, barbers, hairdressers and cosmetologists, since July 2021, have seen bonuses skyrocket too. Banfield Pet Hospital is offering a bonus of up to $60,000 for veterinary-related roles.