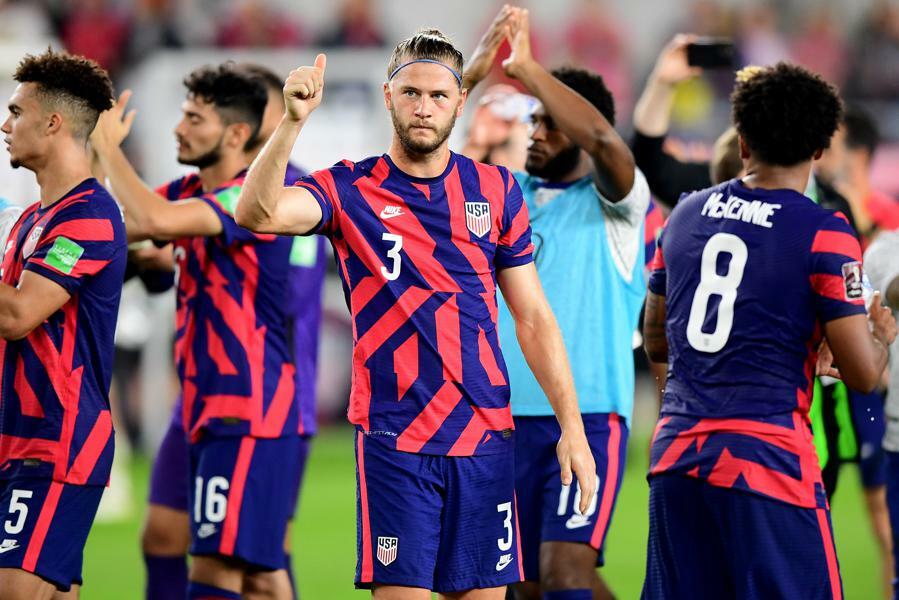 In September, most United States men’s national team fans and pundits viewed a haul of six points from the first three matches of Concacaf World Cup qualifying as a worst-case scenario.

But the Americans took only five off El Salvador, Canada and Honduras, and still emerged tied atop the eight-team standings.

This month, those same folks mostly saw seven points as the magic minumum number from the October window.

Again, the USMNT fell a point short of that target. Again, they finished the window in solid shape, in second place behind only Mexico after this Wednesday’s 2-1 win over Costa Rica in Ohio.

The lesson here isn’t that U.S. supporters should be buying into their team’s end product, especially if the end goal is to do more than dominate Concacaf competition.

The only consistent thing so far about this version of the national team managed by Gregg Berhalter is inconsistency. Even if you understand it because of this roster’s youth, it’s not exactly a trait that bestows confidence on fans in a short tournament.

But the truth is even consistent inconsistency is almost certainly enough to secure one of the three automatic places from Concacaf at the 2022 FIFA World Cup in Qatar. And all the hand-wringing over every less-than-perfect results — such as Sunday’s 1-0 loss in Panama — is more strongly connected to the trauma of the failure to reach the 2018 tournament in Russia than it is to current reality.

To date, the USMNT is earning 1.83 points per game (ppg) in the current eight-team Octagonal final round. Even if you adjust for the two additional teams from previous final rounds, played in a six-team format, history suggests the Americans are in a strong position.

The U.S. needs to finish third to secure a birth, or in the top 37.5% of the Concacaf table. In terms of how that translates to the past, the closest parallel is to look at teams who finished in the top 33.3% of the table in the previous six cycles — i.e. the top two finishers.

So it should be comforting to U.S. fans that no Hexagonal team earning more than 1.7 ppg has finished lower than second since the 1998 cycle.

And say the Americans lose at home to Mexico on Matchday 7 and finish the first half of the Octagonal earning only 1.57 ppg.

Even then, history suggests they’re on pace at worst to earn a spot in the intra-confederation playoff by finishing in the table’s top half.

Only once since the 1998 cycle has a team earned more than 1.6 ppg and not finished in the top half of the Hexagonal table. In 2010 qualifying, Costa Rica finished even on 16 points with Honduras, but well behind on goal difference.

Further, the increased parity in the region means it’s likely the target for World Cup safety could be even lower. That parity is shown in the 13 draws through the first 36 games, a rate of 36.7% of matches finishing level.

Across the previous three Hexagonal phases where at least 30% of games finished tied, it took a maximum of 1.8 ppg to secure a top-two finish and 1.5 ppg to finish top three.

The U.S. will guarantee themselves a haul of 1.5 ppg if they win home matches against Panama, El Salvador and Honduras and earn so much as one point from their other five games on the schedule — home and away against Mexico, and away to Canada, Costa Rica and Jamaica.

Still not convinced? Consider the Panama, which currently sits fourth after earning 8 points in its first six matches, good for 1.33 ppg. If the United States defeats Panama at home, Panama would have to make up at least six points on the USMNT (and probably seven because of goal difference), in their other seven remaining games to overtake the Americans.

The U.S. is likely to beat Honduras and El Salvador at home. Panama is likely to lose at Mexico. If those results fall as expected, suddenly it’s 12 or 13 points Panama has to make up in its remaining 5 games

Two points further back, Costa Rica might be slightly better shape to catch the U.S. given a return fixture with the Americans in San Jose. But if they do so, they’re probably dragging third-place Canada into the fight with them.

With the pain of missing 2018 still so fresh, it’s perhaps natural to exaggerate what constitutes safety. But in reality, if the Americans take care of business at home from here on, a return to the world stage is a near certainty.

If anything, a 2022 cycle that began with the promise of one of the most even in recent memory could be decided earlier than most expected, with Mexico, the U.S. and Canada potentially all sealing their spots in Qatar ahead of the final matchday.