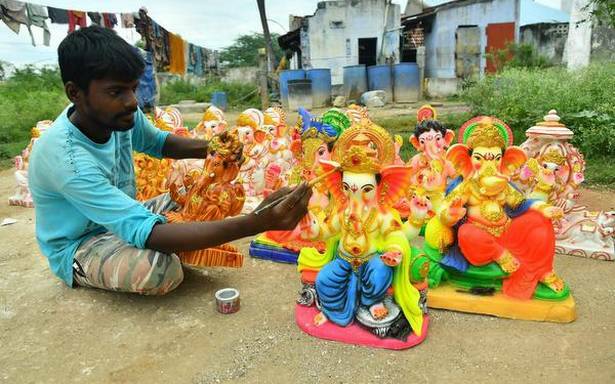 Responding to BJP floor leader Nainar Nagendran, the Chief Minister said since the ban on public celebration of Vinayaka Chathurthi had affected 3,000 artisans, who made statues during the festival season, the government would give them ₹5,000 each. “This is in addition to the ₹5,000 given to 12,000 potters who cannot find a livelihood during the rainy season,” he said.

Pointing out that disease-control measures were in place only on the directions of the Union Home Ministry, Mr. Stalin said relaxations by the Kerala government during Bakrid and Onam had resulted in a steep increase in COVID-19 infections. “Even in Tamil Nadu the infection rate is not completely under control. It is on a roller coaster ride. One day there will be 50 more cases and the next day, they will come down. That is why we have banned all religious festivals till September 15,” he explained.

The Chief Minister said people could celebrate the festival at their houses and one should not misunderstand the government’s objective.