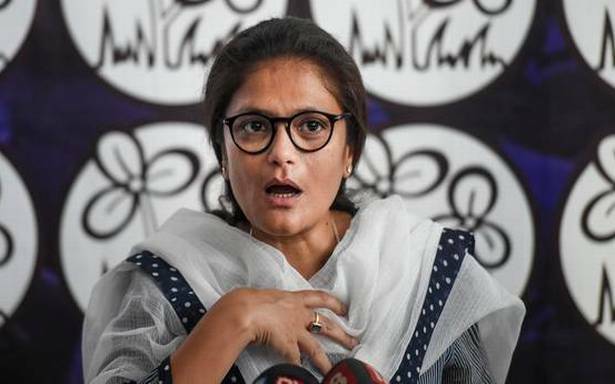 The Trinamool Congress on Tuesday nominated Sushmita Dev for the Rajya Sabha. Ms. Dev is a former president of the Mahila Congress who joined the TMC only a month ago.

“We are extremely pleased to nominate @SushmitaDevAITC to the Upper House of Parliament. @MamataOfficial’s vision to empower women and ensure their maximum participation in politics shall help our society to achieve much more!” the TMC tweeted from its official handle.

Ms. Dev, who represented the Silchar Lok Sabha seat in Assam and had joined the TMC on August 17, thanked party chairperson Mamata Banerjee for the opportunity. “I am overwhelmed. I thank my leader @MamataOfficial from the bottom of my heart. Her conviction to see more women in Parliament is exemplary. To give someone from northeast is path breaking. I will do my very best,” Ms. Dev tweeted.

The Rajya Sabha seat fell vacant due to the resignation of Manas Ranjan Bhunia who won the Assembly poll. Elections to six seats from five States are scheduled on October 4.

The nomination of Ms. Dev assumes significance as it is crucial to the TMC’s plans to extend its footprint in the northeast.

Crucial for campaign in Tripura

According to sources in the TMC, Ms. Dev is crucial for the campaign in Tripura where elections are scheduled in 2022. She has been visiting Tripura regularly with senior party leaders from West Bengal. Her father, veteran Congress leader Santosh Mohan Dev, represented the Tripura West Lok Sabha seat in the 1990s and Ms. Dev is the best face for the party in the State.

Political observers say Ms. Dev is among the few from outside West Bengal nominated to the Rajya Sabha by the Trinamool. Earlier, the TMC nominated industrialist K.D. Singh and a few months ago, retired bureaucrat Jawhar Sircar, to the Upper House