The Tennessee Titans hit the practice field for Day 2 of rookie minicamp on Saturday, and there was much better news about the team’s first-round pick.

Wide receiver Treylon Burks was able to get in a full session this time around after leaving practice early on Friday with what appeared to be conditioning issues.

After wide receiver Kyle Philips starred on Day 1, it was defensive back Theo Jackson who turned heads on Day 2 thanks to a pick-six.

Those are just a few of the notes from beat writers on the ground at practice on Saturday. Here’s a look at the rest, as well as videos of players in action and speaking at their respective pressers. 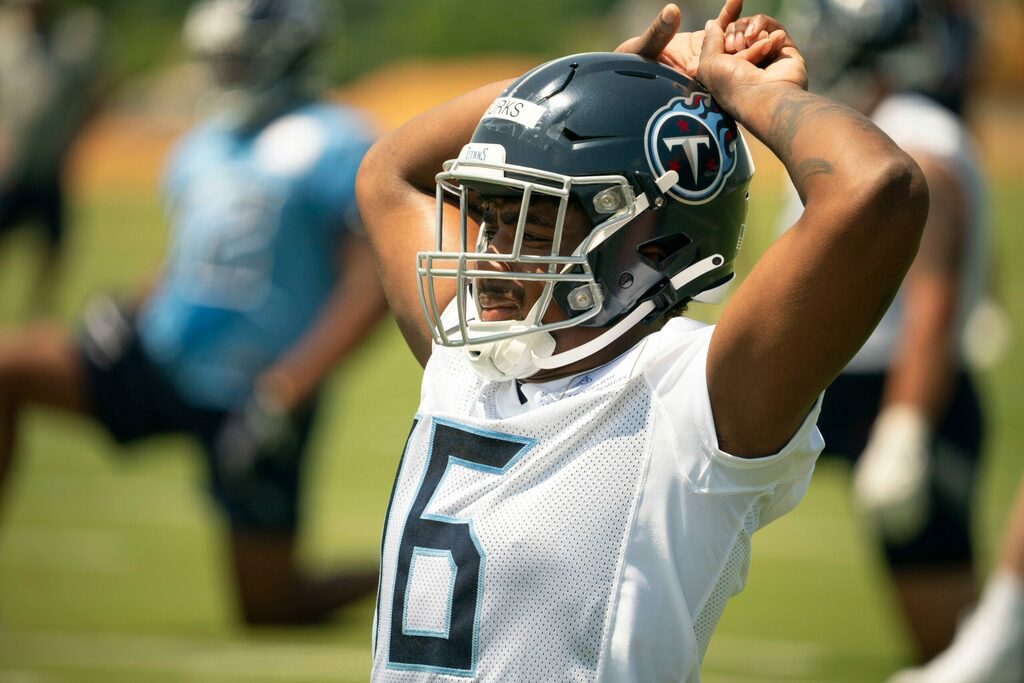 After an early exit on Day 1 of Titans rookie minicamp, Treylon Burks was a full go and made it…