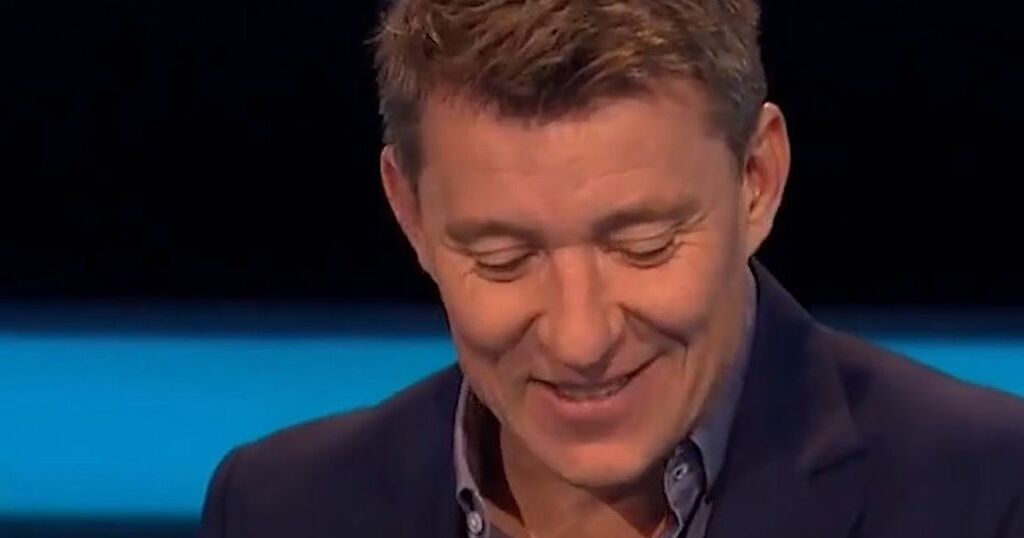 Ben Shephard had to quickly regain composure after being thrown by a contestant's bizarre answer on the latest episode of Tipping Point.

New episodes of the much loved ITV quiz show have been continuing this week, hot on the heels of host Ben marking a huge first for the programme as a player achieved the first double double drop in its history as she went onto win big money.

But, rather than prize money, it was an answer for a contestant called Josh that rendered Ben speechless for a brief moment during Thursday's episode.

Before Ben could even finish reading out the whole question Josh was the first player to hit his button to answer and responded: "Loch Ness?"

Josh's facial expression suggested he was far from convinced by his answer and Ben, trying hard not too laugh too much, reacted: "No, no, no!" as he put his head down.

After keeping it together, Ben told Josh: "It's not the Loch Ness monster no. The native snake that has distinctive red eyes and a zig zag pattern down its back...not Loch Ness no...it's adder."

Ben shared the funny clip on his Twitter, and captioned it: "Who knew Nessie would rear its scaly head in the #TippingPoint studio today?! @TippingPointITV "

Swift to reply, one of Ben's many followers told him: "Moments like this are hilarious day and your reaction @benshephard just makes it that bit funnier."

Another commented: "Omg Ben it was so funny! Bless him, another great show thank you," while a third, not being too kind on Josh, responded: "I know they're under pressure, but there really are some stupid people out there."