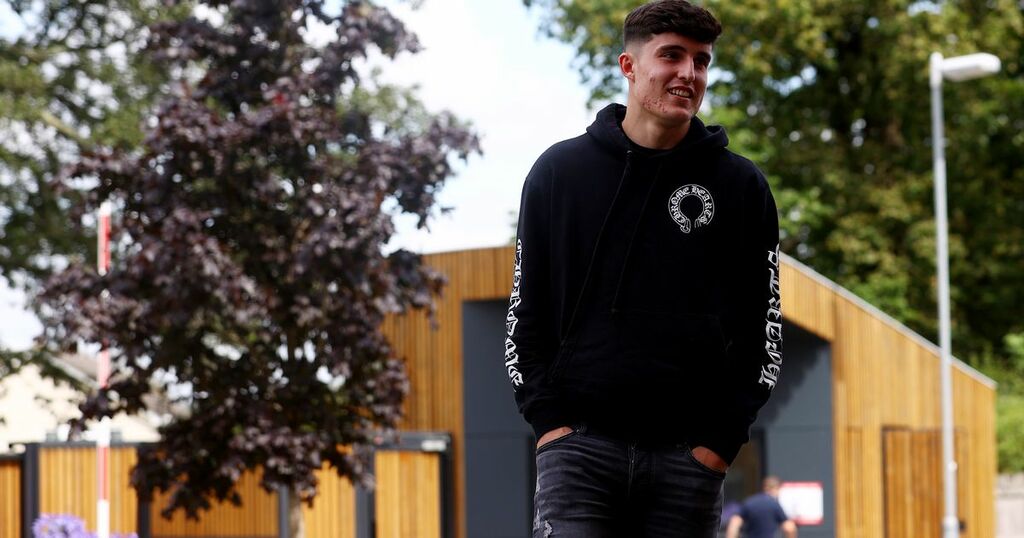 The Chelsea Academy Player of the Year award has proved quite the springboard in recent seasons. Fikayo Tomori claimed the accolade in 2016, Mason Mount and Reece James followed. In 2019 it was the turn of Conor Gallagher, and then Billy Gilmour.

Those five players have all gone on to establish themselves as regulars at top-flight clubs. James and Mount at Chelsea. Gallagher and Gilmour at Crystal Palace and Norwich City respectively, although on loan from the Blues. And Tomori is a starter at centre-back for AC Milan.

Tino Livramento, the 2021 Academy Player of the Year, has done the same. Yet his path to senior football has been somewhat different from those above.

Livramento, a boyhood Chelsea supporter, joined the Blues at seven years old, progressed through the club's academy ranks, and was hugely impressive during his first year as a scholar.

Throughout his second, the Blues attempted to convince the 18-year-old to sign a long-term contract. However, no deal was struck despite Livramento spending time with the first-team squad under Frank Lampard and making the substitutes' bench against Man City and Arsenal at the end of last term.

It became clear this summer Livramento had opted against continuing his development with Chelsea. And with just one year remaining on his first professional contract, he had leverage to push through a move away from Stamford Bridge.

“Every single year, I have a routine of setting goals and there is only so much you can do at youth level,” Livramento explained in an interview with the FA this week.

“Me and my dad sat down in May and we spoke and thought the next step would be for me to push into a Premier League team and we felt the better route for me was to leave Chelsea.

“It wasn’t easy obviously as I have been a fan for as long as I can remember and been a player there since I was seven."

Chelsea's academy graduates are increasingly viewed as first-team ready by countless clubs around Europe. So there was plenty of interest in Livramento this summer.

The uncertainty over his future is why the versatile wing-back didn't link up with the first-team squad for pre-season training. Instead, Livramento – and Lewis Bate and Myles Peart-Harris – worked with the club's Under-16s for much of the summer.

At the end of July, Chelsea agreed a deal with Southampton for Livramento. But not before, football.london understands, the Blues offered Livramento a new big-money contract in a last-ditch effort to keep him. That was turned down and on August 2 his £5million move to St Mary's was made official.

Less than two weeks later, Livramento started the Saints' opening Premier League game of the season at Everton. He has since impressed in outings against Manchester United and Newcastle United.

“I never thought that I would be playing straight away [at Southampton] but you have to take everything in your stride and you cannot hide when you get that opportunity You have to take it. I hope I can keep doing that," Livramento said.

“Everyone has their own different pathways and I’m not saying what I have done would work for everyone and going on loan might be the best option for some people. But it is about knowing what is best for you and I think what I have done is specific for me and you have to look at the club, look at the goals and see if it will suit you.

“At Southampton, luckily with the manager [Ralph Hasenhuttl], the staff and the players, it has come together quite nicely.”

Chelsea and Livramento's story may not be over just yet. The Blues did include a buyback option in the deal that took him to the south coast.

If the teenager can maintain the form he's shown in his early Premier League outings, there's every chance a return to Stamford Bridge takes place in the years ahead.