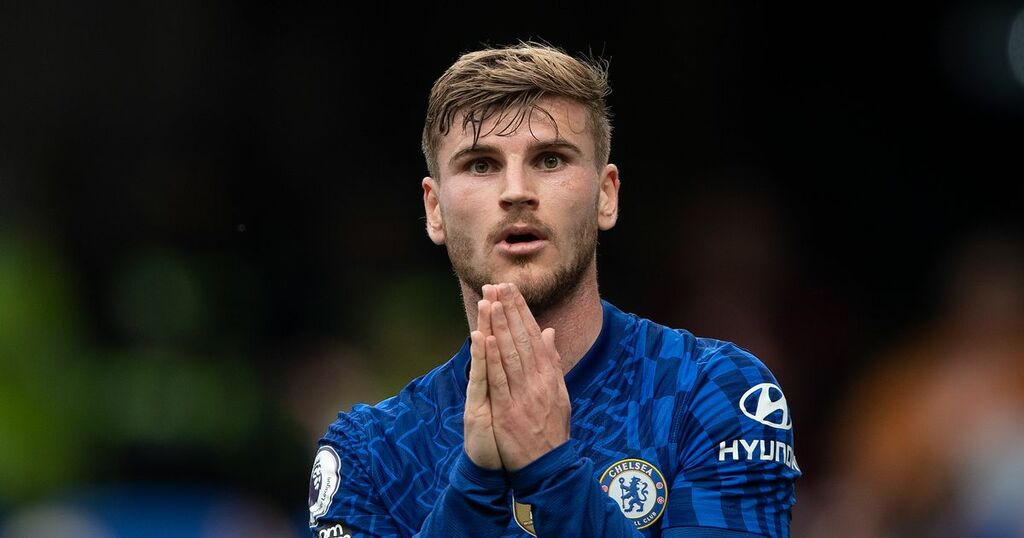 Timo Werner interview: ‘I have no regrets over choosing Chelsea instead of Liverpool’

Timo Werner looked destined to wear the red of Liverpool. So often was he linked with Chelsea’s FA Cup final opponents on Saturday, that it seemed nailed-on he would join fellow German, Jurgen Klopp, on Merseyside.

The Liverpool manager had, after all, been tracking Werner since his days at Stuttgart — trying to sign him for Borussia Dortmund.

And Klopp was at the front of a queue of Premier League clubs desperate to lure Werner to these shores when it was clear he was set to leave RB Leipzig in the summer of 2020.

It is easy to imagine the 26-year-old thriving in Liverpool’s fluid attack, complementing the talents of Mohamed Salah and Sadio Mane.

But it was Chelsea who acted swiftest — swooping in to see off competition from not only Klopp, but Manchester United and Tottenham, in a £45million deal, while Liverpool turned to Diogo Jota.

There must have been moments when Werner wondered ‘what if’ during two seasons at Stamford Bridge in which he admits he has never experienced such struggles. Still, he insists, he has no regrets about which team he will be lining up for at Wembley.

He is coy about how close he came to a move to Anfield. “The only thing I can say is they have a German manager,” he tells Standard Sport. “I have known him for many years before, because when I was in Stuttgart, he talked about going to Dortmund. Then I played not so well, so it was done.

“When I was in Leipzig, I had the possibility to come to the Premier League. Liverpool were also in my thoughts and were a big possibility for me, but at the end I decided for Chelsea and I won the Champions League title last year. It was not the worst decision.”

Werner speaks highly of Klopp. “He is one of the best coaches we had in Germany,” he says.

“Not to attack our manager, but over the past years he won the most titles. He has a very nice personality — a personality that the German people love, because he seems like fun.

“The Germans love the types like Thomas Muller, Jurgen Klopp — they have empathy. They say what they think, and that is really important in this business, to not fake something.

“He’s real. He is a funny guy and also, with his power on the sideline, he tries to bring the people with him. That’s what we Germans like.”

Werner is also full of praise for fellow German Tuchel, who delivered the Champions League within four months of being parachuted in to rescue Chelsea’s season last year. Tomorrow will be his sixth final since taking the reins at Stamford Bridge.

“He is on a level now where, when you say who are the best managers, you have only now Klopp, him and [Pep] Guardiola maybe,” adds Werner.

Werner is the first to admit that he has struggled at Chelsea to replicate the form that once made him one of the most sought-after forwards in European football.

At one point this season, he went 16 games without scoring a goal — prompting serious questions about his future at Stamford Bridge. That barren run followed on from last season, when he scored just four in 40 games from November to the end of the campaign.

“It was a bit strange,” he says. “I think last season it was like every chance I missed was followed by a VAR decision that got ruled out. There was always more and more. If I get half of the goals allowed by VAR, which were disallowed, I would have got 15 Premier League goals and 25 or 30 in total — and that would have been a normal season for me.

“But you have to keep going and that’s the thing that I learned over two seasons. It can’t always go up.

“The five years before Chelsea, the last year was always going up. I never had so many problems in terms of scoring as I’ve had in the last year. But in the end, it helps you, it brings you to another level.”

Tuchel has admitted it can be hard to be a striker under him, such are the physical demands he places on them.

“I think maybe he is [demanding], because a lot of strikers this season have struggled a bit,” says Werner, yet he refuses to look for excuses.

“I had so many disappointing moments when I normally can score. I know what I can do, because I did it in the past, maybe 100 times. I think it was a lot also on me, a lot on my head to get the things clear in front of goal.”

In recent weeks, it feels like Werner has turned a corner in his Chelsea career. He is starting regularly and finding the back of the net.

A goal at Wembley tomorrow —especially against Klopp’s Liverpool — would be the perfect way to underline that.