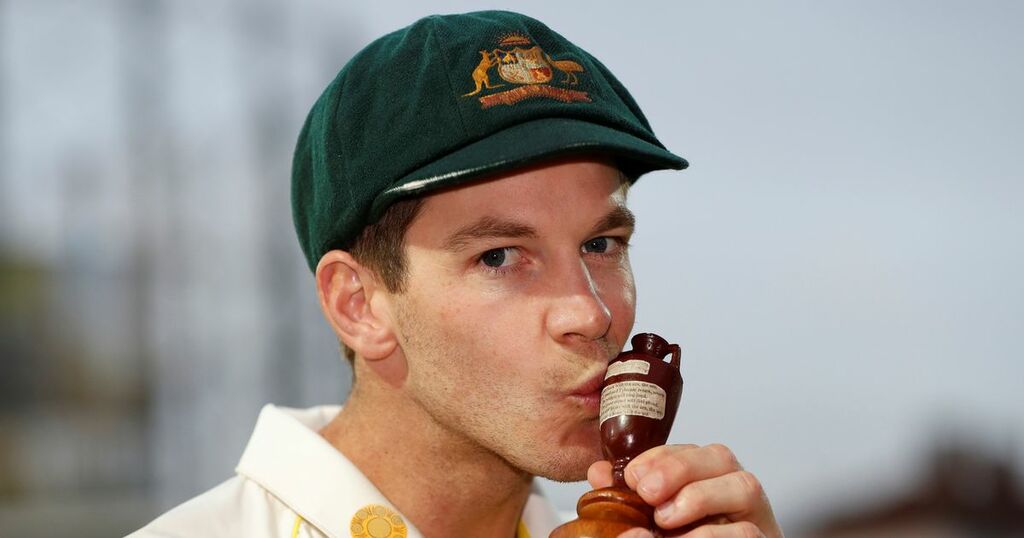 Tim Paine has insisted he is ready to play his part for Australia in the upcoming Ashes series despite giving up the captaincy amid a sexting scandal with a former colleague.

Despite being "exonerated" by investigators, the 36-year-old decided to step down as captain of the Aussie Test side as details were revealed of x-rated messages he sent to a female former co-worker at Cricket Tasmania in 2017.

The revelation has disrupted Australia's plans for this winter's series, which gets under way at the Gabba in just over two weeks' time.

But, despite his resignation as captain, Paine has thrown his hat into the ring to still play a role as his side looks to retain the urn.

"I will remain a committed member of the Australian cricket team, and look forward with anticipation to what is a huge Ashes tour," he said after announcing his resignation as captain, confirming his intention to still represent his country this winter.

And Cricket Tasmania's high performance manager Simon Insley also said Paine would be "ready to play cricket" during the Ashes.

"Whenever you go through challenging times you want to be around your mates and do what you do best," he said after rebuffing questions about the scandal.

"He's an exceptional cricketer and he wants to play cricket and get ready for the Ashes.

'He wants to show signs of good form and show that he's ready for selection. We all know Tim Paine, he's a very determined individual."

Paine was in tears on Friday as he announced his resignation, and apologised to his wife Bonnie – who knew about the sexting when the 36-year-old confessed all to her.

"Nearly four years ago, I was involved in a text exchange with a then-colleague. At the time, the exchange was the subject of a thorough Cricket Australia Integrity Unit investigation, throughout which I fully participated in," he told reporters.

"That investigation and a Cricket Tasmania HR investigation at the same time found that there had been no breach of the Cricket Australia Code of Conduct. Although exonerated, I deeply regretted this incident at the time, and still do today.

"I recently became aware that this private text exchange was going to become public. On reflection, my actions in 2017 do not meet the standard of an Australian cricket captain, or the wider community. I’m deeply sorry for the hurt and pain that I have caused to my wife, my family, and to the other party."

Paine's replacement is yet to be officially announced, though fast bowler Pat Cummins is expected to take on the role for the Ashes – a move which would be supported by Australia legend Shane Warne.