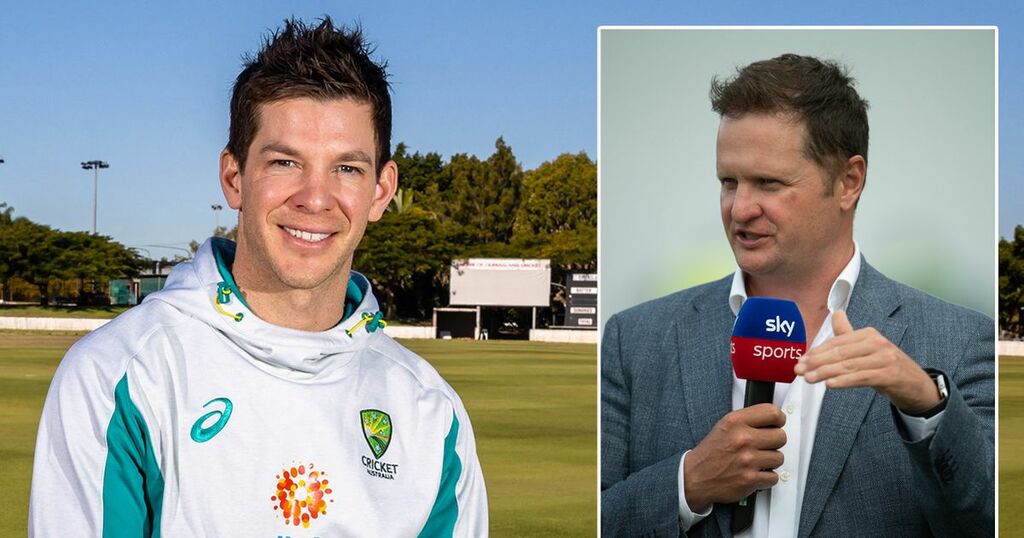 Tim Paine has branded former England batter Rob Key "irrelevant" after he accused the Australia captain of 'spouting nonsense' with his comments about the Ashes.

After Paine insisted last week that the series would be going ahead "whether Joe [Root] is here or not", Key called him "irrelevant".

Speaking on Sky Sports, Key said: "Tim Paine can spout off as much nonsense as he wants, it's completely irrelevant.

"As far as I'm concerned, the captain has absolutely no say in whether or not that tour will go ahead. Tim Paine can say whatever he wants, I think he's a small player in the game."

Responding to Key's comments on his radio show on SEN Hobart, Paine said: "Who was that? That was Rob Key. Speaking of irrelevant.

"You know it's busy when you constantly refresh how many times you've been mentioned [on social media].

"You can't just flick through. I have been belted, every day, 24 hours a day, and I have absolutely loved it."

Paine also came in for criticism from former England captain Nasser Hussain, who accused him of having a lack of empathy.

"When Tim Paine, Australia's Test captain, spoke recently I didn't hear much empathy from a fellow professional," Hussain said in a column for the Daily Mail.

"Now others have jumped on the Ashes bandwagon, as if England are somehow trying to dodge an important series. I get all the arguments.

"But unless you've spent time in a bubble — and some of these guys have done it repeatedly — you don't get to lecture other people on how they should behave."

However, Paine believes Hussain's comments were unfair, saying: "I’d like a bit of accuracy about it. I certainly didn’t hear any lecturing around quarantine as Nasser Hussain put it.

"I thought I played it pretty much with a straight bat. Gave some facts. But it comes with the territory when you play against England."