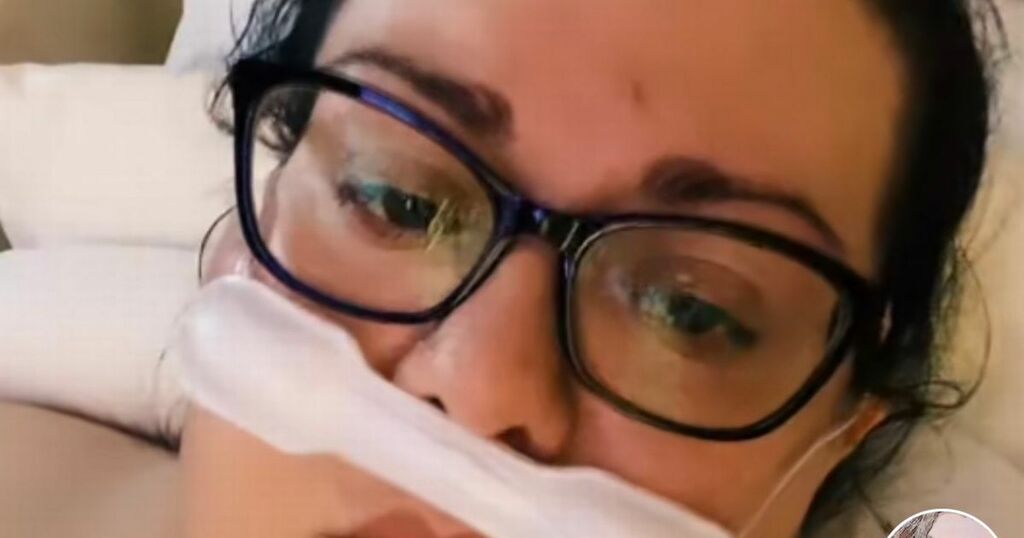 A dying TikToker has appealed to her followers not to make the same mistake she did hours before she passed away after contracting Covid.

Megan Alexandra Blankenbiller urged her followers not to wait to get the vaccine as she did.

The TikToker has been documenting her journey after contracting the virus on August 13 th .

Her first video showed her in a hospital gown as she said: “Do not wait to get vaccinated! Go now!!”

Ms Blankenbiller continued to campaign for people to get the vaccine in the following three videos.

In one video, she explained how the vaccine could not stop you from getting Covid, but it can help your body withstand it.

In another, she said she was previously afraid to get the vaccine as she had listened to others express that we do not know the long-term effects of the vaccination.

The frightened patient said since she had been admitted to the hospital, she had heard "moans and screams of people in pain" – which she believed to have been family members who had just lost their loved ones to the dreaded virus.

In a final video to her followers, Ms Blankenbiller filmed herself lying in a hospital bed as she admitted that she was finding it more and more difficult to talk as her breathing became heavier.

The TikToker explained that she was never against vaccines but had been taking time to research and wanted to get vaccinated at the same time as her family.

Ms Blankenbiller said: “I do think it was a mistake. I shouldn't have waited. If you are even 70% sure that you want the vaccine, go get it.

“Don't wait. Go get it because hopefully, if you get it, then you won't end up in the hospital like me, OK?"

Sadly, Ms Blankenbiller passed away nine days later, at the age of 31.

She had already made appointments to get vaccinated along with her mother and sister, but unfortunately, she contracted Covid before she could receive the jab.