TikTok Is Eating Up Rivals. Can It Keep Users Hooked?

If the sun is setting on Facebook, then TikTok is dancing in the moonlight. How long can its short-form video hold consumers' fickle attention?

Just a few years ago, China-based ByteDance's TikTok was an app for kids, with videos of anthropomorphic pets or freakishly talented children dancing. Now it seems like everyone is using it, no matter their age. Its growth has come at the expense of its competition, such that just about every social-media company is now pouring money into copycat products.

TikTok's founding genius is that it capitalized on consumers' short and capricious attention with a seemingly infinite collection of music-backed videos under 60 seconds algorithmically tailored to users' interests. Those still bored in under a minute can simply swipe until something else catches their eye.

In its latest installment of what it believes is the longest-running survey of digital media consumer behavior in America, Edison Research found 82% of polled U.S. adults now use social media, unchanged from last year. That means that, unlike most other sectors in tech like food delivery, ride-hailing or dating, social media apps are competing for the same users, not new ones.

It is a game that TikTok is winning.

Back in 2019, 70% of 10-year-old girls with smartphones in the U.S. were using TikTok. Today, Edison Research's survey shows TikTok is the third-most used social media app across users of all ages, topping Twitter, Snapchat, Pinterest and LinkedIn.

Roughly 36% of the U.S. population over the age of 12 polled is using TikTok as of this year, behind only Meta's Facebook and Instagram, and up from 11% two years ago. Over that period, the percentage of people using Snapchat, LinkedIn and Pinterest has declined, the survey shows.

But among younger users, gains appear to have come at the particular expense of Facebook.

More people aged 12 to 34 are now using TikTok than Facebook, according to the survey, a marked change from just two years ago, when Facebook was leading TikTok in that demographic by 39 percentage points.

It isn't just young people who are straying from social media incumbents: Just 5% of people aged 35 to 54 were using TikTok two years ago; now more than a third of them are. Over that period, the percentage of that age demographic using Snapchat and LinkedIn didn't grow at all, while it declined 5 percentage points on Pinterest.

Broadly, TikTok's gains illustrate its early ability to bridge the age gap -- a unique point of differentiation among its social media competitors.

Snap Inc. says Snapchat reaches 75% of 13 to 34-year-olds in 20 countries, but hasn't disclosed its usage statistics among older demographics, suggesting the statistics are a lot less impressive.

Pinterest has struggled to attract and retain broad usage outside of its core demographic of moms. And parent company Meta said its Facebook app lost daily users on a sequential basis in the fourth quarter for the first time at least since its public offering.

Accessibility is key. Evercore ISI analyst Mark Mahaney said part of TikTok's appeal is how intuitive it is, calling it "fantastically easy to use."

On TikTok, you open up the app and start scrolling. Most other apps require you to sign up for an account before you can use them, and Snapchat, for example, opens up to a camera -- perhaps intimidating for some.

TikTok is also easy to contribute to; anyone can be a content contributor.

Last year, YouTube globally launched Shorts, offering a platform for videos under 60 seconds. And even Twitter in December said it was testing out an updated "Explore" tab that follows a TikTok-like scrolling format that seems to favor short-form video tweets.

TikTok's short-form video concept is even bleeding into television with Netflix's Fast Laughs, a feature launched first on its mobile app last year that serves up short clips from Netflix shows.

As a private company, its exact revenue isn't publicly known. But eMarketer estimates TikTok generated nearly $4 billion in ad revenue last year and will triple that sum this year to become bigger than Twitter and Snapchat's ad business combined.

By 2024, the firm's estimates show TikTok's revenues essentially reaching parity with YouTube at over $23 billion.

Analysts are mixed on TikTok's impact on social media incumbents from an advertising perspective.

Evercore ISI's Mr. Mahaney said that, while advertisers are clearly looking to experiment with TikTok, he has yet to see big brand advertisers fully engage.

AB Bernstein analysts say global investors remain "under-worried" about the competitive impact TikTok can have in the coming years, given the success of ByteDance and its version of TikTok in China, Douyin.

The firm notes Douyin captured approximately 40% of total incremental internet time spent in China between 2018 and 2021 and that Bytedance as a whole took over 50% share of incremental ad dollars over the last two quarters.

TikTok seems to be furiously working to address some of its shortcomings from both an advertiser and user perspective.

Earlier this year, the platform enhanced its ability to target and measure its value proposition to advertisers by enabling first and third-party cookies on top of its existing tools. It also recently launched a 50% revenue share with creators on ads next to its most popular videos.

Revenue share is a concept that has long been used to help incentivize creators on YouTube, and that one Meta has been exploring on Reels.

TikTok is also expanding from its short-form underpinnings. Less than a year after it raised the maximum length of a video to three minutes, TikTok said early this year that it is extending that length to 10 minutes. Traditional YouTube videos can be up to 15 minutes and verified users' videos can be hourslong.

It could be that advertisers will come, wherever the users are. Similarweb data show traffic to TikTok's ads site was up nearly 200% in the first quarter.

Users of TikTok's Android app spent an average of more than an hour and 22 minutes a day on the service in March -- more than for Facebook, Instagram, Twitter, Snapchat, or YouTube, data from Similarweb shows.

As an advertising business atop user-generated content, TikTok faces a lot of the same controversy that has plagued Meta's apps -- in particular what it does with its users' data.

The app is banned in India over security risks. It has also faced scrutiny from U.S. lawmakers over its algorithms, which can push users down potentially unhealthy rabbit holes.

TikTok said late last year it would adjust its recommendation algorithm to avoid showing users too much of the same content.

Internally, TikTok's rapid rise has required a grueling grind. An investigation by The Wall Street Journal last week revealed a U.S. office culture that is described as demanding and secretive, with several former employees describing 85 hours of meetings a week in addition to their regular work.

It also found many instances of culture clash between the U.S. operation and its Beijing-based parent company.

TikTok had about 1,500 employees in the U.S. last year and has plans to add another 10,000, according to the Journal's report.

But will its investment continue to pay off?

"I can't sit here and say in 10 years they'll be the dominant platform still," says Evercore ISI's Mr. Mahaney; however he also noted that a billion-plus users will probably buy you at least "a few years" in the sun. 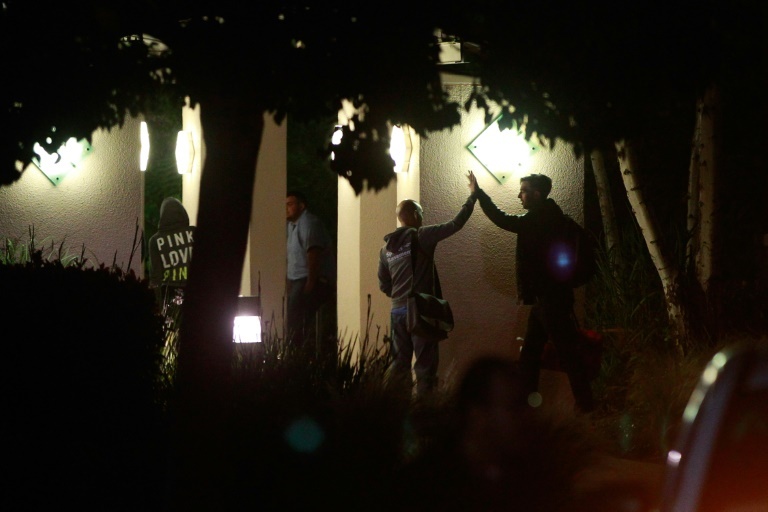 AFP
One subscription that gives you access to news from hundreds of sites
Facebook: from Harvard dorm to global phenomenon

WASHINGTON: Key chapters in the history of Facebook, the world's biggest social media application, which marks the tenth anniversary Wednesday…

Entertainment outlets are treating the event like their Super Bowl.