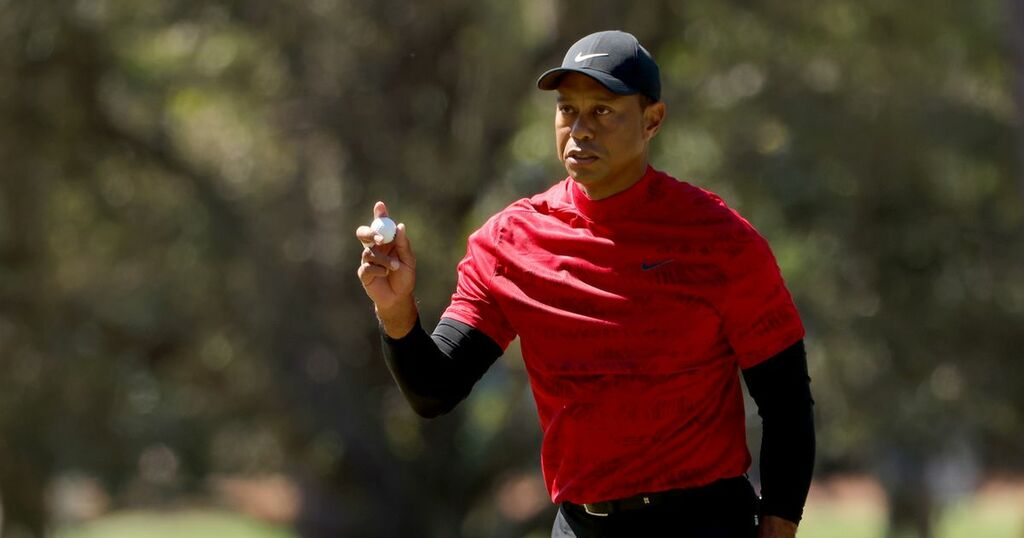 Woods made the cut at Augusta National before fading, but says he feels stronger ahead of the PGA Championship at…

About 12 players got in some work at Southern Hills on Sunday. Tiger Woods was one of them.

Tiger Woods has been tipped to perform even better than he did on his astonishing return to action at the Masters when he takes to Southern Hills for the PGA Championship next week.

Woods competed in his first professional tournament at Augusta last month since his life-threatening high-speed car crash in February 2021, which left him with multiple breaks and fractures in both legs. And he is now set to step up his comeback with an appearance at the second major of the year at Southern Hills.

At the iconic Augusta National, a tournament in which all eyes were focused on Woods, he remarkably made the cut before finishing 47th overall on six-over par. But two-time US Open champion Curtis Strange believes the 15-time major winner will expect an improved performance at the PGA Championship.

"We look back on it and it was fortunate he saved his leg," said Strange, who won the US Open in 1988 and 1989 and is now an analyst for broadcaster ESPN.

"He was fortunate to be alive, and there he is trying to play Augusta, and he did. When he just teed it up on Thursday I thought it was a victory of sorts, and I think he mentioned that as well.

"I think he was pleased for the week, I really do, that he found out what he could do. And now he, not only we, but I think he'll expect a lot more out of himself as well."

Woods hasn't played competitively since the Masters but he did enjoy a recent scouting trip to Southern Hills, having played all 18 holes to get his eye in.

And two-time US Open champion and ESPN analyst Andy North believes that that the warm weather that can be expected next week will suit the 15-time major winner's golf game. "He's had another five weeks or so to work on his body and get stronger.

"It's going to be warmer, which he likes. I thought that the cold weather on the weekend (at Augusta) really did a disservice to him. Southern Hills is not the easiest walk in the world, but it's not like Augusta. I think overall he's probably in a better place than he was the Thursday before the Masters. It will be interesting to see if his play indicates that."

Woods made the cut at Augusta National before fading, but says he feels stronger ahead of the PGA Championship at…

About 12 players got in some work at Southern Hills on Sunday. Tiger Woods was one of them.