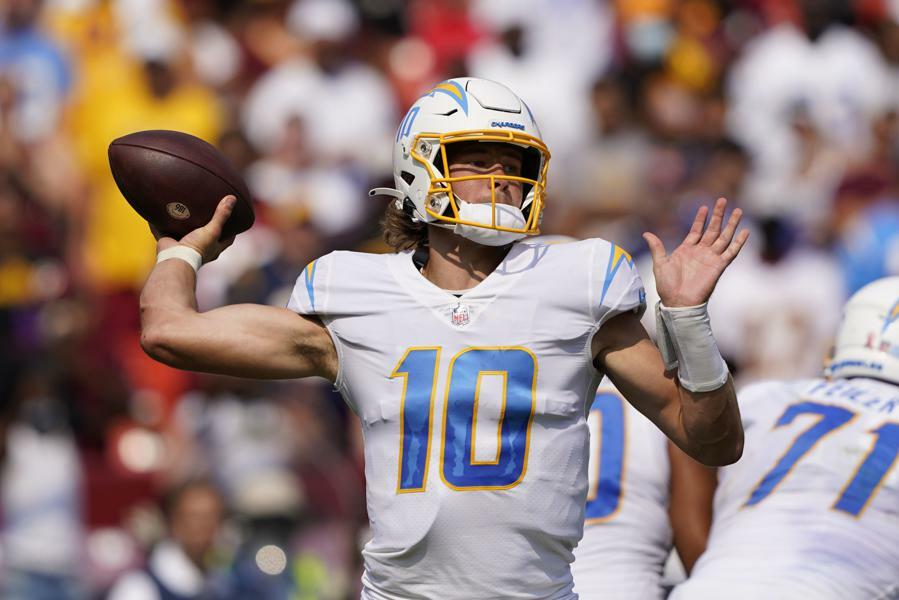 Remember those joking about having to give away tickets to Los Angeles Chargers games after their move from San Diego?

A peek at prices for their Sunday date against the Dallas Cowboys paints another picture.

Tickets for the Chargers’ first home game before fans in the $5 billion SoFi Stadium are drawing a hefty price.

TickPick reports that the “get-in” price of $224 on Tuesday was 58 percent more expensive than the Chargers’ next home game against the Las Vegas Raiders that has a $142 minimum price.

The Chargers-Cowboys showdown also has the most expensive average purchase prices for this week’s slate of games. The Pittsburgh Steelers-Las Vegas Raiders ($350) and the Philadelphia Eagles-San Francisco 49ers ($345) are next in line.

Many factors are fueling the high prices for the Chargers home opener.

The Cowboys, regardless of where they play on the road, are huge draws. That’s especially true in L.A, where Cowboys booster are always a significant part of the crowds when Dallas faces the Rams.

The Chargers, behind exciting young quarterback Justin Herbert, are winning over L.A. fans as well after prevailing in their season opener against the Washington Football Team, 20-16.

And the televised visuals being presented of SoFi Stadium, and the sports/entertainment complex which surrounds it, have been stunning. While the teams are a huge attraction, so too is the venue which later this season will host Super Bowl 56.

At StubHub the prices were similar, with a $240 “get-in” price for the Chargers-Cowboys. If your taste requires a high-end seat, those between the 40-yard-lines on the Club Level are listed north of $1,000.

Maybe if just wanting to marvel at SoFi Stadium’s striking architecture, a game parking pass would suffice and a good radio.

If so, be prepared to pay between $210-$500 to park on site, according to prices listed on Stubhub.