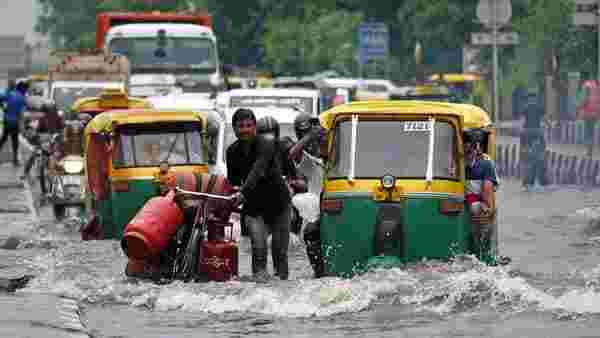 Thunderstorm with light to moderate intensity rainfall is likely to occur over and adjoining areas of Delhi and NCR on Sunday evening, said the Indian Meteorological Department.

The national capital Sunday recorded a minimum temperature of 23.4 degrees Celsius, one notch below the season's average.

With record rains on Saturday, the air quality index remained in the "satisfactory" category at 54 at 8.05 am, according to the real-time data of the Central Pollution Control Board (CPCB).

The IMD recently said it is collecting high-resolution exposure data, including information about roads, topography and social-economic condition of people, for Delhi-NCR to be able to predict the impact of extreme weather events precisely.

The high-resolution exposure data includes information related to land use, land cover, housing, the economical capacity of people to cope with the situation. So, it will be different for Chanakyapuri and for Najafgarh, senior IMD scientist RK Jenamani was quoted as saying by news agency PTI.

Exposure data refers to who and what may be affected in an area in which hazardous events may occur.

"Once we have details of Delhi's topography, underpasses, roads and others, we will be able to tell whether a particular place at Dhaula Kuan, INA or Safdarjung is likely to face a certain kind of problem. We are collecting this data now so that we can tell which areas are likely to be affected," he said.

"The public also wants to know this. Nobody wants to leave his vehicle stuck in the water and request someone to pull it out," Jenamani said.

At present, the IMD is predicting only generic impact without taking high-resolution exposure data into account. This is stage one and stage two of the impact-based forecasting and risk-based warning system of the World Meteorological Organisation (WMO).