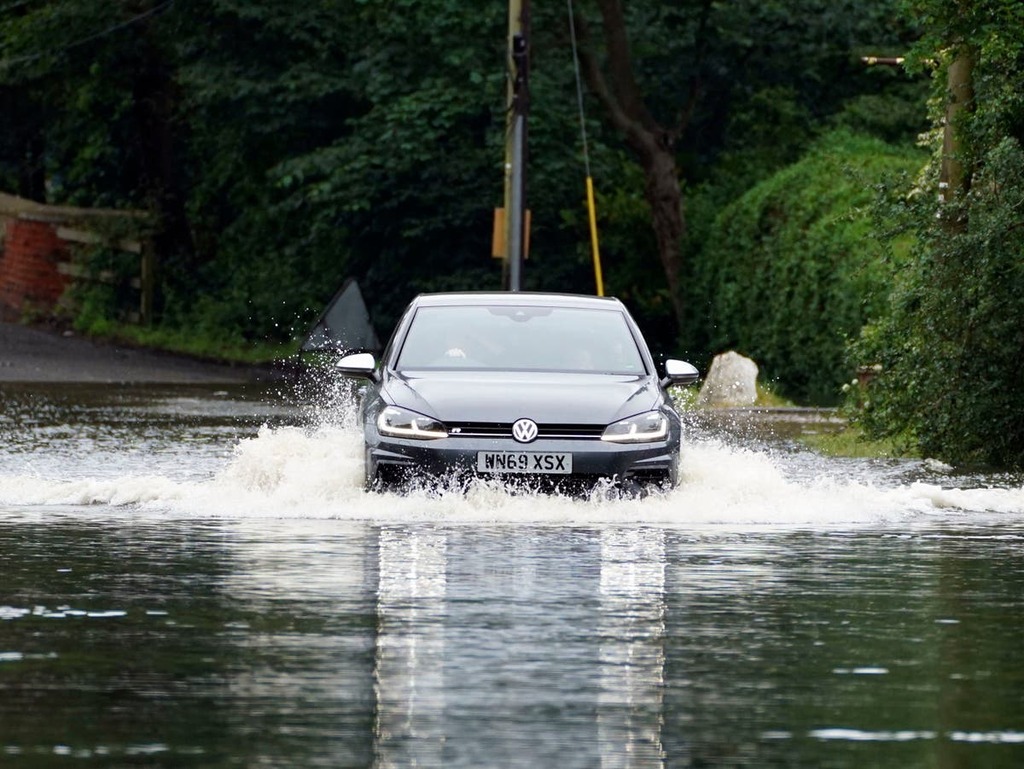 Thunderstorm warnings have been issued across England and Wales by the Met Office as heavy rain and lightning are expected to hit from Wednesday.

While many areas will see little rainfall, forecasters warn there is a risk flooding and lightning strikes could cause power cuts and delays to train and bus services in some parts of the country, particularly late in the afternoon.

It could also cause difficult driving conditions and road closures.

The thunderstorm warning is in place from 11am until 9pm on Wednesday, where torrential downpours could see 30-50mm of rainfall in less than three hours in some areas.

Another warning for stormy weather and heavy showers has also been issued for the Midlands, north and southwest from 11am to 8pm on Thursday, with up to 40mm rainfall predicted.

There is also a small chance that properties could be flooded quickly and rural communities could become cut off by flooded roads.

The unsettled weather will mark an end to a hot start to September, which saw temperatures reach nearly 30C in central and eastern England on Tuesday.

Meanwhile, forecasters have said some areas are edging close to recording an official heatwave this week as pupils head back to school.

On Monday, the maximum UK temperature was logged at 28.9C in Larkhill, Wiltshire, closely followed by the 28.8C recorded at Santon Downham, Suffolk, and 28.7C at Middle Wallop in Hampshire.

In Wales, the highest temperature was 27.1C at Usk in Monmouthshire, while the mercury reached 24C at Fyvie Castle in Scotland's Aberdeenshire and 22.2C at Ballywatticock in Northern Ireland.

Greg Dewhurst, a Met Office meteorologist, said central and eastern England were the likely areas that could experience a maximum of 30C on Tuesday.

More widely across England and Wales, conditions will be in the mid-to-high 20s, while Scotland and Northern Ireland could see temperatures around 24C to 25C.

Mr Dewhurst said low pressure moving in from the southwest on Wednesday make it “less hot” in parts of Wales and Northern Ireland, but “hot air” will remain in central and eastern England and Scotland, bringing highs of 26C to 29C.

A location meets the UK heatwave threshold when it records a period of at least three consecutive days of daily maximum temperature levels meeting or exceeding thresholds which vary across the country.

These include 25C for Wales, Scotland and southwest England, 27C for southern and eastern England and 28C for London.