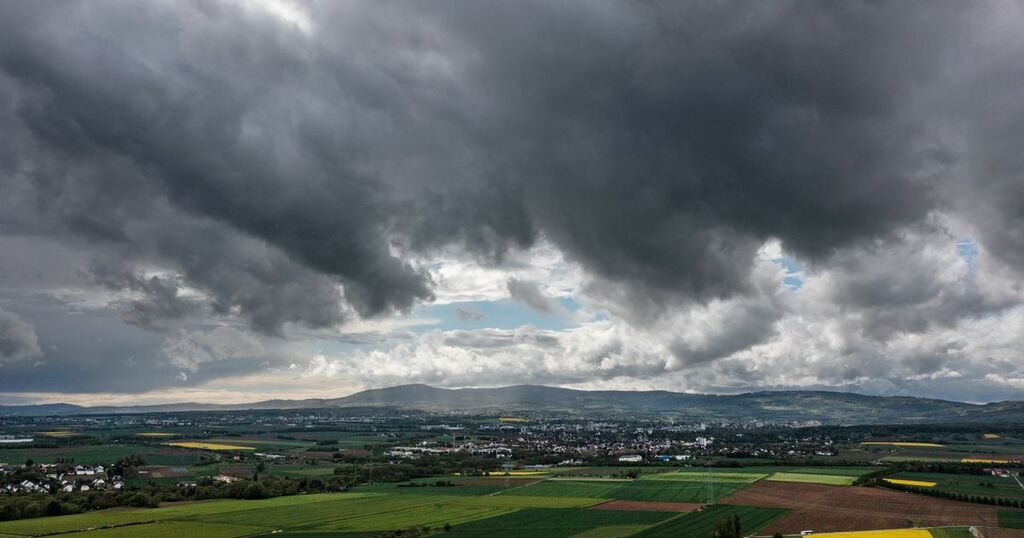 A thunderstorm warning has been issued for Antrim, Down, and Armagh by the UK Met Office.

This particular alert is valid between 2pm and 8pm today, with the worst of the conditions expected to arrive during that six-hour window.

In terms of the weather that is expected for the north, today will be cloudy, mainly around the coasts, with occasional showers.

The outbreaks will turn heavier at times, particularly over Antrim and Down as the afternoon develops, bringing the risk of thunderstorms.

As for this evening, it's set to be a cloudy night in the six counties with patchy light rain or drizzle, most persistent across the far north and west.

As for the Republic of Ireland, tonight will stay generally cloudy with scattered showers.

Some spells of mist and fog will develop, however, better conditions will spread from the west towards morning. Highest temperatures of 15 to 19 degrees.

Saturday will see a mix of cloud, bright spells and scattered light showers over Ulster, with more isolated showers to the south. Highest temperatures of 15 to 19 degrees.

Saturday evening will be mainly dry across most of the country apart from a few isolated showers.

Later in the night, there is the chance of some rain developing along the south coast.

In terms of the next few days, Met Eireann expect "changeable weather with heavy rain possible in places later Sunday and on Monday."

On Sunday, outbreaks of rain are set to develop in some southern counties.

Elsewhere, it's expected to be mainly dry further north with bright spells and isolated showers. Highest temperatures of 14 to 17 degrees.

Looking ahead to next week and Monday will be cloudy with outbreaks of rain, heavy in places.

Top temperatures of 17 to 19 degrees and the rain is expected to clear eastwards, leaving a mix of clear spells and scattered showers.

Early indications are for a fair amount of dry and bright weather on Tuesday, mainly in the west and southwest.

Met Eireann has said: "Conditions look likely to more mixed and showery through the midlands, east and north. Highest temperatures of 16 to 20 degrees. Becoming predominantly dry overnight, but with a few showers in Atlantic coastal counties.

"As for Wednesday, a good deal of dry weather is expected, with some scattered showers too."