Thug who stabbed doorman claims his jail sentence is too harsh 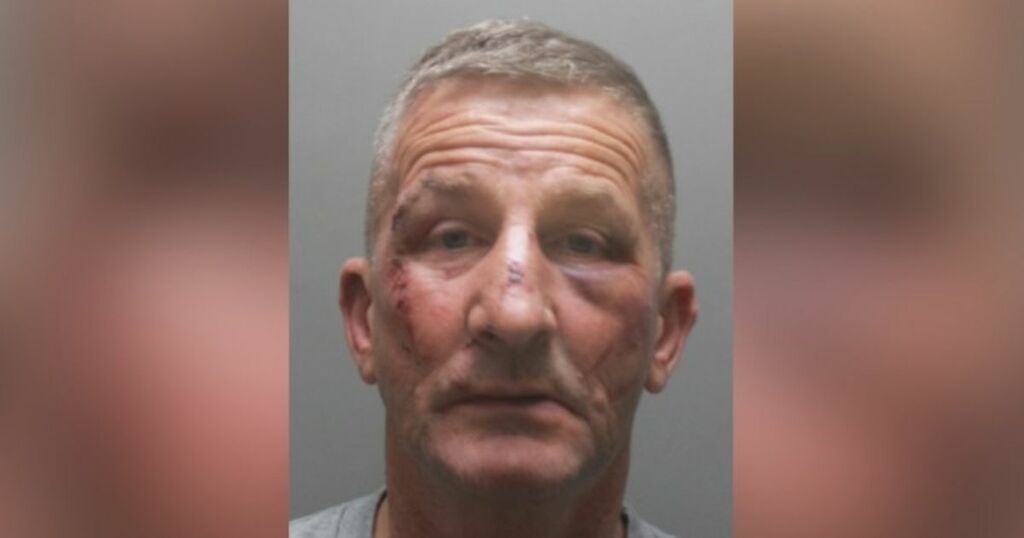 A thug who stabbed a doorman tried to have his 20-year sentence reduced - claiming the judge who sent him down failed to take account of pandemic conditions in prison.

But Patrick Wilson's arguments found little favour with judges at the Court of Appeal, who noted he'd been jailed for attempted murder almost a year before the coronavirus crisis struck.

Wilson tried to kill Mark Brady simply because the doorman refused him entry to Liverpool city centre bar the Ruby Blues over concerns he was too drunk.

He raised his fists, bounced on his feet and tried to get the doorman to fight him, but the argument fizzled out, and after spitting towards the victim, he disappeared into a nearby Wetherspoons.

Wilson then walked a two-and-a-half mile round trip back home and into town to arm himself with three knives, on the evening of August 31, 2018.

Around an hour after the first altercation, at around 11pm, Mr Brady was eating a McDonald's meal outside the Ruby Blues when he felt what he thought was a punch to the left side of his chest.

It was Wilson, clutching a knife, who had attacked him from behind, then bragged: "I told you I'd come back."

The bouncer, who suffered a 2cm stab wound through his left nipple, was heard to shout: "He's stabbed me."

CCTV footage showed Wilson had tried to stab the victim's chest cavity and heart area, which was narrowly missed after the bouncer moved slightly.

Another doorman tailed Wilson, who was overheard saying "where are you, I've just done it" into his mobile phone, and detained the knifeman.

Nearby, the knife he'd used to carry out the stabbing was discovered, while two other knives were found stashed in his waistband.

The victim described how he left his job and was left suffering from anxiety, depression and possible post-traumatic stress disorder.

Wilson, then 60 and of Portland Gardens, Vauxhall, pleaded guilty to attempted murder and possession of offensive weapons.

The career crook - who drank nine pints before the attack, had an eye-watering 95 previous convictions on his criminal record for almost 230 offences.

In April 2019, he was jailed for 16 years, with an extended four years on licence, after Judge Brian Cummings, QC, found he was a "dangerous" offender at Liverpool Crown Court.

This means he will have to serve at least two thirds of the 16 years behind bars - 10 years and eight months - before he can apply for parole.

When his case came before the Court of Appeal, he had already been refused permission by a single judge to appeal his sentence.

But Wilson took that refusal to a full panel of three justices.

In an application he'd written himself, Wilson claimed the injury he inflicted was "inconsistent with an attempt to kill", his lawyers had not done enough to offer a plea to a lesser charge, Judge Cummings hadn't given him enough credit for his mitigation, and the judge hadn't considered the impact of the pandemic on conditions in prison.

Sir Roderick Evans said there had been ‘ample evidence’ to justify a plea to attempted murder.

He said: "The finding of dangerousness was justified on the evidence before the court. As the single judge pointed out, the applicant was sentenced before the pandemic took hold.

"The sentence makes adequate allowance for the applicant's age and health problems and is not manifestly excessive."

Refusing him permission to appeal the sentence, Sir Roderick Evans concluded: "There is no merit in any of the applicant's complaints."

Speaking after Wilson was jailed in 2019, Detective Inspector Debbie Tipton, of Merseyside Police, said: "This was a totally unprovoked attack by Wilson on a man who was simply doing his job.

"Thankfully the man was not seriously hurt and has been able to make a full recovery.

"There is never any excuse to carry a knife on a night out.

"It is only by sheer good luck that we were not dealing with a murder."