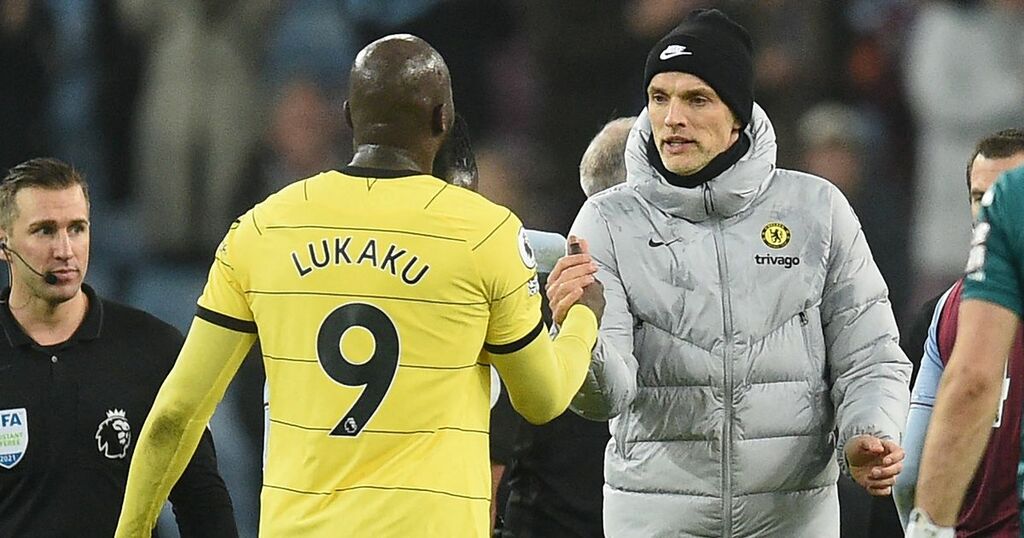 Chelsea News: The former Lorient and Ipswich Town loanee was left out completely once again as the Blues dropped more…

Romelu Lukaku starts for Chelsea against Wolves this afternoon, but Mason Mount has been benched by manager Thomas Tuchel.

Thomas Tuchel dropped a big hint that Romelu Lukaku could be in for a rare start for Chelsea in their Premier League clash with Wolves on Saturday afternoon. The Belgian striker has not started for the Blues in the top-flight since last month's 4-2 defeat to Arsenal.

Lukaku was signed for a club-record fee of £97.5million in August 2021, returning to Stamford Bridge after a prolific spell with Inter Milan. The 28-year-old fired the Italian outfit to the Serie A title, and on his return to Chelsea, there was a massive expectation that the Belgian could be the missing ingredient for the club to mount a serious title challenge.

However, that has not been the case, with Lukaku scoring just five times in the Premier League this season. Plenty has been said about Lukaku, and his future with the club and speculation was fuelled after he was left on the bench despite his side being desperate for a goal in the 1-0 defeat to Everton last weekend.

It was very damning for Lukaku with Tuchel turning elsewhere on the bench rather than his almost-£100m man. However, the German head coach did hint that his striker could be set to start this weekend's meeting with Wolves.

"There are no players set to depart or improvements because of the situation. We signed a big player, we still have a big player.

"He didn't come on [vs Everton] because we had three subs and had to use one for Jorgi at half-time. He trained very well, and maybe he starts tomorrow."

So, with Lukaku possibly starting against Wolves, Tuchel faces some big decisions in terms of personnel. With that being said, football.london takes a look at three different ways the Chelsea head coach could set up his attack on Saturday.

The front three in recent matches have consisted of Kai Havertz, Mason Mount and Timo Werner. However, the Blues have scored just two goals in their past three Premier League games - and none of those three have got themselves on the scoresheet.

Werner, whose form picked up last month, seems to lack confidence yet again. So, do not be surprised if the German attacker drops down the bench against Wolves.

Likewise, his German countryman Havertz has also seen his form drop off in recent matches. He looked tired against Everton, but he should be back to full fitness on Saturday with an almost week-long rest period.

Havertz has been used as the central striker in the attacking system, so if Lukaku does come in, it would likely see his teammate go wide or drop to the bench. Below is an example of how it would look if Mount and Havertz played with Lukaku at Stamford Bridge.

That is one option for Tuchel, but that three lack some much-needed speed. Enter Christian Pulisic. The speedy American could be introduced back to the XI to play Wolves, and the handy thing with that is that he can play either side.

Pulisic could go onto the left-hand side, with Mount working off the left - meaning Havertz drops to the bench. It's certainly a viable option for Tuchel because of the speed down the flanks the USA international offers.

Alternatively, Pulisic could switch to the right, Havertz on the left and Mount starting from the bench. There are also shouts for the likes of Hakim Ziyech and Werner, of course, but Tuchel only has three offensive slots in his usual 3-4-3/3-4-2-1 formation.

Let me know in the comments section which front three you would prefer tomorrow.

Chelsea News: The former Lorient and Ipswich Town loanee was left out completely once again as the Blues dropped more…

Romelu Lukaku starts for Chelsea against Wolves this afternoon, but Mason Mount has been benched by manager Thomas Tuchel.