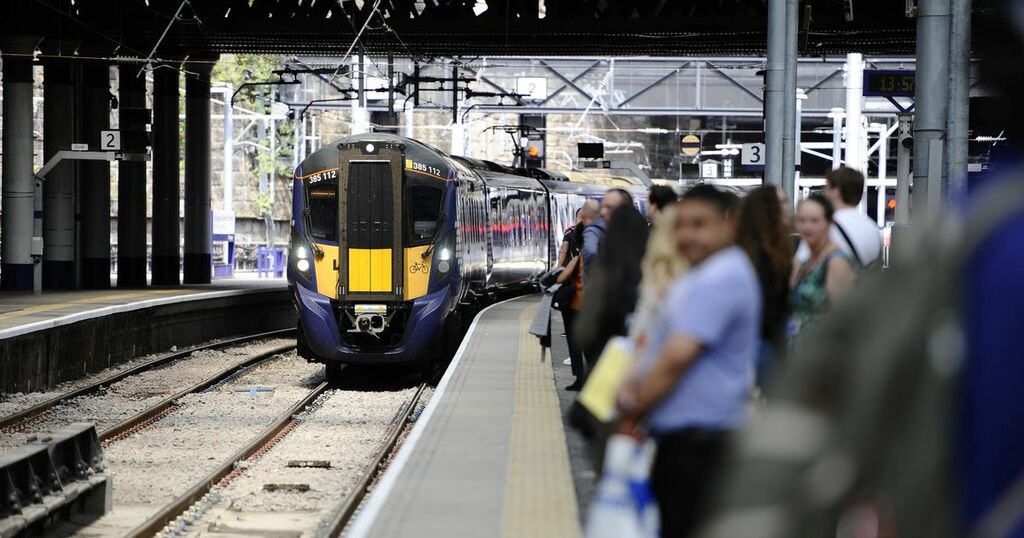 A probe has been launched after a man was battered onboard an 'extremely busy' Glasgow train by three thugs.

The horrifying late night assault came on Saturday around midnight as the man and his partner boarded a busy service travelling from Glasgow Queen Street to Easterhouse station.

He became involved in an argument with the trio who then set upon him.

They hit him across the head causing cuts to his forehead, a black eye and swelling.

British Transport Police have launched an investigation into the incident and have issued descriptions of the men on the 'extremely busy' train.

"The first man in the group is described as white, 6ft tall, in his early 40s and of slim build. He was wearing a long black bomber jacket with a Celtic football shirt and an earring.

"The second was a white male with short brown hair, blue eyes.

"The third is described as white, 5ft 10, in his late 30s and of average build. He had blonde hair and a stubble, wearing a red top.

"At the time of the incident, the service was extremely busy with passengers.

"Officers are keen to speak to anyone who may have witnessed the incident or obtained any footage on their mobile phones to assist with their enquiries.