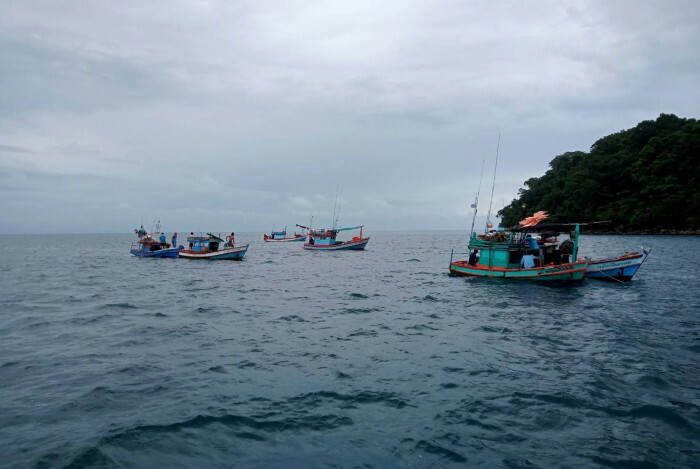 TRAT: Three crewmen were safely rescued after a fishing boat sank during strong winds and high waves off Koh Kut on Saturday morning.

The fishing boat Chokwannarat was swamped by waves and capsized in the sea off the island in the Gulf of Thailand around 9.45am, said Sunthorn Munaowaroh, chief of Koh Kut district.

He immediately alerted the relevant agencies to help the crewmen. At around 10.30am, he was told by Krittipong Thongchot, assistant head of village Moo 6 in tambon Koh Kut that all three crewmen had been safely rescued and the sunken boat was being salvaged.

Mr Sunthorn said he asked local leaders to warn operators of small fishing boats to remain ashore as waves in the Gulf of Thailand were higher than 2 metres and there were heavy downpours due to the influence of the southwest monsoon.