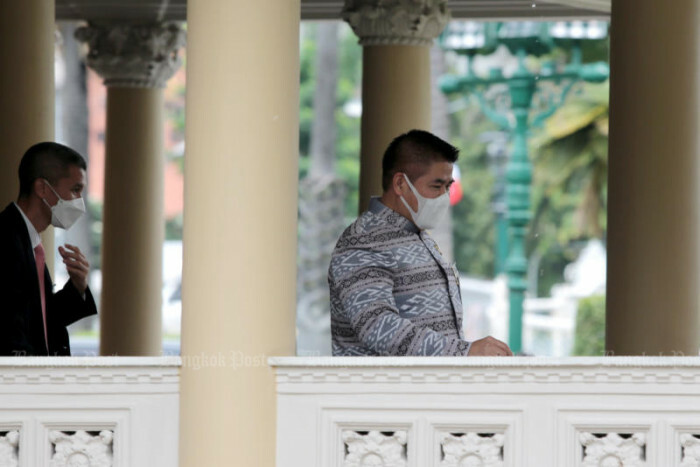 Phai Lik, a PPRP MP for Kamphaeng Phet, Wattana Changlao of Khon Kaen and Ekkaratch Changlao, a party-list MP, were not in the joint house sitting to cast their votes. They were in the faction controlled by Thamanat, who also was absent.

Nine other MPs from the PPRP and other parties as well as 25 senators did not take part in the voting session.

Attendance was being closely watched to gauge how many MPs were really under the control of Thamanat, who was regarded as the chief political fixer in the coalition-leading party before his abrupt ouster this week. A PPRP source would only say that “a large number” of members were loyal to the Phayao politician.

Thamanat is still an MP for Phayao and, on paper, secretary-general of the PPRP. But that is almost certain to change as he said on Thursday he was looking for a “new home”.

How many other MPs might move with him to that new home — whether it be an existing party or a new one — has been the topic of frenzied speculation.

Thamanat had built a reputation as indispensable to the political fortunes of the PPRP. In addition to his perceived ability to deliver numerous seats in the North and Northeast, he was the one the PPRP counted on to keep other coalition partners on the same page.

Thamanat and Ms Narumon are close to PPRP strongman and Deputy Prime Minister Prawit Wongsuwon, and it remains to be seen whether their ouster could sour ties between the prime minister and Gen Prawit, long seen as his Gen Prayut’s mentor and elder brother-in-arms.

The prime minister said on Friday he had not held talks with Gen Prawit over the decision to axe the two ministers. “Nothing to clarify (to him),” Gen Prayut said and referred reporters to Section 171 of the constitution.

The prime minister used his authority under the section to move them out of his cabinet.

Gen Prawit on Friday was scheduled to take part in an online meeting at Government House but he had the venue shifted to the Five Provinces Bordering Forests Preservation Foundation, apparently in an attempt to avoid media questions.

Thamanat's future in the cabinet was hanging by a thread after he was seen as the mastermind in trying to bring down Gen Prayut in the recent no-confidence vote.

The prime minister and five other cabinet members survived the censure debate but Gen Prayut received the second-fewest votes in favour.

Ms Narumon has not commented on the decision by the prime minister. She was a spokeswoman for his cabinet before being appointed to the cabinet.