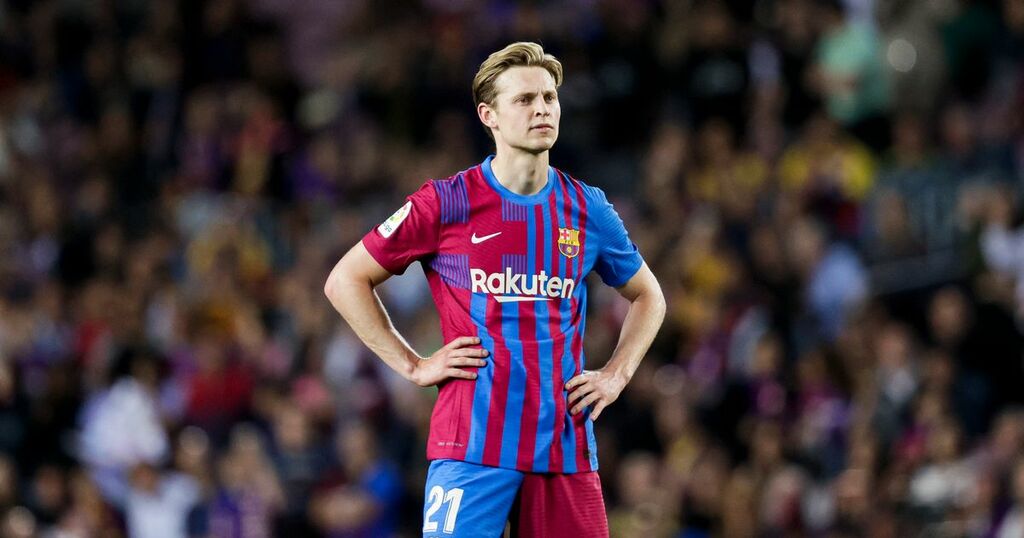 The Guardian - UK
From analysis to good news, read the world’s best news in one place
MotoGP: Alex Rins And Joan Mir In Talks With Honda

The greatest barrier to Manchester United signing Frenkie de Jong might well be convincing the player to come to Old Trafford.

United have an interest in De Jong this summer and Barcelona's financial uncertainty might make the Catalan club open to a deal, but the sales pitch would have to be exceptional. The allure of a reunion with Erik ten Hag might be tempting, but United would be asking De Jong to swap Champions League football at the Nou Camp for the Europa League or Europa Conference League at Old Trafford.

What United are basically selling at the moment is a project, a promise of jam tomorrow if all goes according to plan. But De Jong is beginning to make an impression at Barca under Xavi and, even if they decide they do need to sell, there will be other Champions League offers for the 25-year-old.

The task of selling the club to prospective signings is something that will fall to technical director Darren Fletcher this summer. Fletcher can speak from experience about representing United, about winning trophies at Old Trafford, but realistically how close is that to happening now?

Not so long the idea of turning United down would have been hard to comprehend, but being told 'no' is becoming a regular occurrence for the club. Ralf Rangnick, whose consultancy role will focus on recruitment at Old Trafford, recently said the club needed to look at signing the best young players who had the potential to grow into superstars, but they've been trying that — and failing.

United wanted to sign Erling Haaland when he swapped RB Salzburg for Borussia Dortmund in January 2020 and Jude Bellingham when he moved from Birmingham City to the same club that summer.

Ole Gunnar Solskjaer met with Haaland personally and United wheeled out Sir Alex Ferguson when Bellingham had a tour of Carrington. The personal touch didn't work on either occasion.

Bellingham and Haaland would arguable be the best players in this United side now. Instead, Haaland has just moved to Manchester City and when Bellingham moves on to an elite club — probably next summer — it will be for a significant fee.

This summer Rangnick has made it clear United need to sign a young forward, someone who can operate in Cristiano Ronaldo's shadow before inheriting his role, but finding the right player won't be simple.

Karim Adeyemi might have been ideal. The 20-year-old Germany international has shone at RB Salzburg and Rangnick still has a sphere of influence in the Red Bull groups. But Adeyemi, who has scored 23 goals and registered eight assists this season, has instead taken over from Haaland at Dortmund.

It is the reality that right now players like Bellingham, Haaland and Adeyemi see their best chance of first-team football coming at Dortmund, where they are guaranteed games at a young age before making another step up after a couple of years in the Bundesliga.

If United can't attract players at the very highest level and are finding it increasingly difficult to convince the best young players that this is the destination for their development, then the market they're operating in will be significantly reduced. The changes made to United's recruitment structure should be in full force during the forthcoming transfer window. Power will ultimately lie with Ten Hag, football director John Murtough and Fletcher.

Murtough will be leading the process, but the greatest challenges might be for Fletcher and Ten Hag. They will be tasked with explaining to prospective targets why United is the club for them.

Whether that is convincing players a season outside of the Champions League is a small price to pay, or persuading the brightest young talents they can take their game to the next level at Old Trafford, the sales pitch has to be perfect.