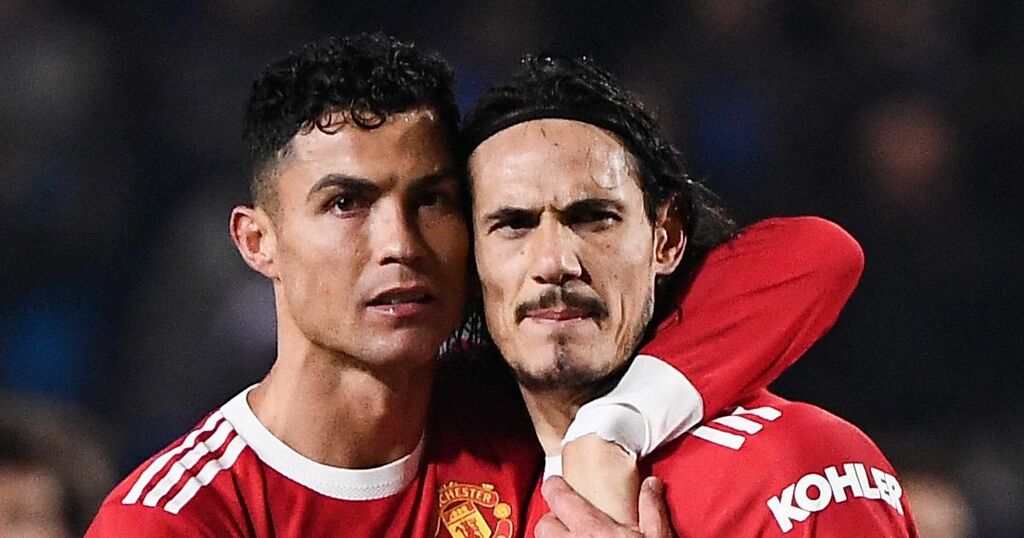 Manchester United were gripped by Cristiano Ronaldo fever during the summer.

'Viva Ronaldo' boomed around Old Trafford on his second debut against Newcastle and the song, after Ronaldo completed a sensational return move from Juventus, has provided the soundtrack for rare moments to savour during what has been an otherwise disappointing campaign in the red half of Manchester.

But all is not lost. Ronaldo and his 14 goals continue to provide (dwindling) hope that United might clinch silverware in the FA Cup or Champions League — even though their Premier League title aspirations were already left in tatters two months ago.

Interim manager Ralf Rangnick and his players have required tin hats rather than party hats over the festive season.

United might have only been defeated once since the German replaced Ole Gunnar Solskjaer, but the displays have been largely uninspiring and that is not solely down to Rangnick.

At some point the 11 men chosen have to take responsibility.

Ronaldo is doing and will continue to do his part in that respect, while Edinson Cavani and his decision to stay put until the end of this season — as confirmed by Rangnick after talks — offers encouragement when looking at the here and now.

But what about the future, though?

Romantics might, perhaps, look at Jadon Sancho, Marcus Rashford and Mason Greenwood and see a United front three for the next decade. On the evidence of this season, though, that talented trio would be lost without Ronaldo and Cavani. They must not let a golden opportunity pass them by.

Ronaldo started to set new standards at United's Carrington training base from the moment he arrived this summer. Reports filtering out of the club suggested the young players were following his lead on and off the field.

Ronaldo doesn't eat dessert! So it's a pass on pudding from the others, too.

Fast forward to the present day and the Portuguese sensation has, in some sections, been criticised for his attitude when it comes to helping the next generation, though that's incredibly harsh.

This is elite sport. Ronaldo is a born winner and, by throwing his arms around or otherwise, body language offers his younger colleagues an easy get out. It's all on Ronaldo, some pundits argue.

By contrast, Cavani has been applauded for his approach.

Ultimately, whether it's opting to miss out on a slice of cheesecake or responding to demands, the likes of Greenwood, Sancho and Rashford must be selective and soak up the information they choose and see fit for their own game.

United are in a dip right now and it's difficult to see much light at the end of the tunnel.

Sancho and Rashford went through pain last summer when they missed penalties during England's heart-breaking defeat to Italy in the Euro 2020 showpiece. Greenwood, too, has suffered his own setbacks after a blistering start to life as a professional.

Before establishing themselves as two of the most prolific goal-getters of this generation, Ronaldo and Cavani went through their own learning curves. It's gone full circle in that respect as they offer themselves, in one way or another, as two perfect role models for a developing United trio.

Now is the time for them to show, with consistency, they haven't ignored what's right in front of them. It's time for Greenwood, Sancho and Rashford to show how much they've learned.

We've teamed up with LiveScore to invite fans to vote for their favourite results - the games which were much more than a score. Vote for the match that mattered to you here .