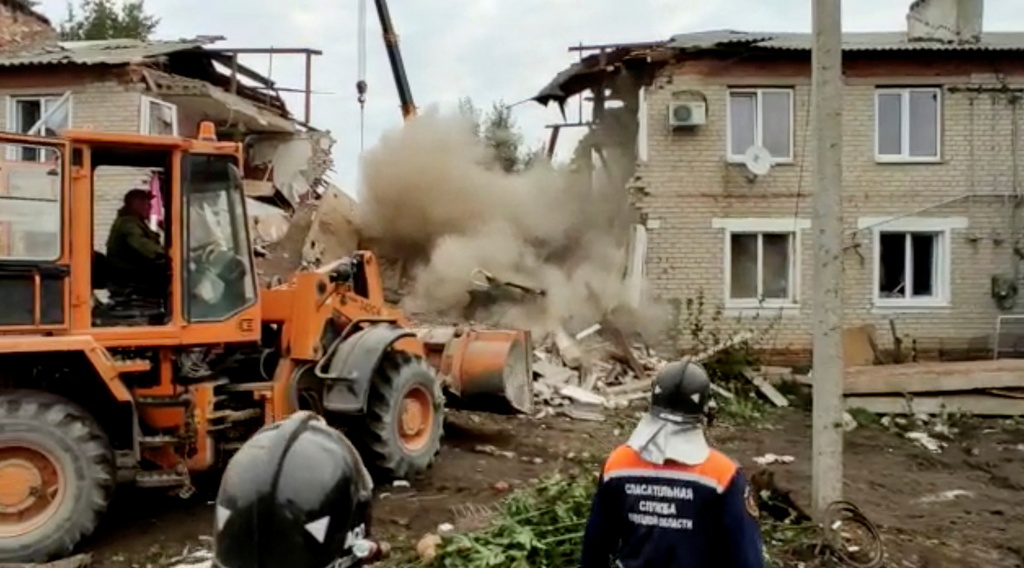 Three people died, including an 11-year-old girl, after a gas explosion caused a two-storey apartment building to partially collapse in a Russian village early on Saturday, head of the Lipetsk region Igor Artamonov said.

Video footage showed major structural damage to the building in Solidarnost, a village 400 km (250 miles) south of Moscow, and rescue workers on the scene, attempting to clear the rubble.

The regional branch of Russia's Investigative Committee said a gas explosion in the central part of the building had caused it to collapse.

Investigators said they had opened a criminal case on the grounds that services provided had not met safety requirements.

Gas explosions are relatively common in Russia because of ageing infrastructure and poor safety regulations surrounding gas use. Two people died earlier this week after a blast at a nine-storey block of flats.