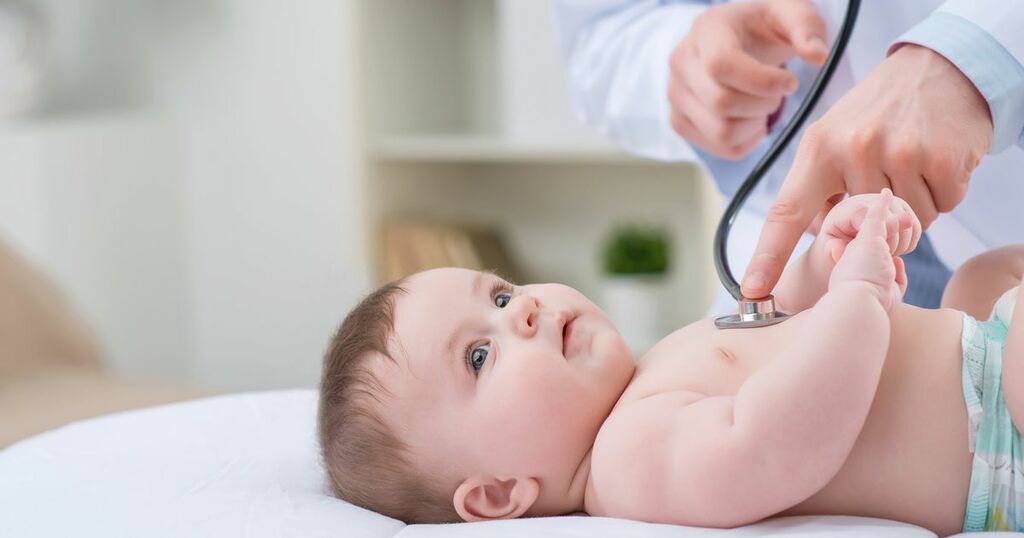 Parents are being told to be "on their guard" against a winter virus which causes breathing problems in very young children.

Respiratory syncytial virus (RSV) is common in babies and children under two years old with cases typically peaking around January.

While most will only have mild symptoms which can be looked after safely at home the British Lung Foundation has warned that the condition can cause severe breathing issues and hospitalisations if it develops into bronchiolitis – a chest infection that affects the smaller airways of the lungs.

The charity has reported a 400% surge in enquiries from parents to its helpline with many asking for advice on the condition. It fears that RSV could be "rife" this winter due to lowered immunity caused by Covid restrictions.

Over the last three months more than 1,000 children have been hospitalised with the virus in England - and health boards in Wales have confirmed that there are also cases here.

A spokeswoman for Aneurin Bevan University Health Board said: "In recent days, we've seen increasing numbers of RSV patients coming through our doors.

"This is a very common virus in children under two years old. Most children will develop RSV in the first year of their life, and will display mild cold symptoms. However, some children will become more unwell and may need hospital treatment.

"You should see your GP if your baby is taking less than half of their usual feeds, or is working hard to breathe. If your baby's tongue or lips are blue or they are having severe difficulty breathing, you should dial 999 immediately or go straight to hospital."

Caroline Fredericks, a respiratory nurse who supports the British Lung Foundation's helpline, said the charity had noticed a surge in calls from parents who are worried about their child's breathing.

"Often they don't know whether they are dealing with asthma, Covid, or a cold and aren't sure where to turn. Most of these parents have never heard of RSV which is worrying," she said.

"There are steps parents can take to make their child more comfortable at home if their RSV develops into bronchiolitis such as keeping their fluid intake up, helping them to breathe more easily by holding them upright when feeding, and giving them paracetamol or ibuprofen suitable for infants."

Chloe-Ann Ford, 22, from the Isle of Wight, knows first-hand how terrifying RSV can be as her baby Teddy, who is 12 weeks old, was hospitalised with bronchiolitis caused by the virus in November 2021.

She said: "Teddy deteriorated so quickly. One minute he was kicking away in his cot and the next he went all pale and clammy and was really struggling to breathe. He kept holding his breath and his ribcage seemed to be heaving. We were so frightened that my partner, Matthew, called an ambulance.

"We had to spend five nights in hospital and Teddy was kept on oxygen. On one occasion he stopped breathing for 28 seconds which was terrifying. I thought Teddy had Covid as I had tested positive but he had RSV.

"The doctors told us our five-year-old daughter Charlotte had probably picked up the virus at school and passed it onto Teddy. I'd never heard of it before and didn’t know how dangerous it could be. Thankfully Teddy is now recovered but I want all parents of young children to be aware of RSV and to get medical help if their child finds it hard to feed, becomes very breathless, or breathes in a shallow, irregular way. It could save their life."

If you're unsure how unwell your child is the advice from The British Lung Foundation is to contact your GP or call 111, especially if you’ve noticed the following symptoms:

If your child is struggling to breathe or their breathing stops for more than 20 seconds and there are regular shorter pauses in their breathing or the colour of their skin inside the lips or under the tongue turns blue call 999.

Although only 3% of children are hospitalised with RSV, with the majority of cases being mild, research shows that eight out of 10 children will have had the virus by their second birthday. Yet despite its prevalence most parents have never heard of the illness.

Dr Andy Whittamore, clinical lead at the British Lung Foundation, and a practising GP, said: "In general practice we are seeing a lot of children with coughs and viruses that weren’t circulating last year and so their immunity is lowered. Doctors on the ground are concerned that alongside a rapid increase in cases of Covid-19 we are also going to see a surge in diseases like bronchiolitis.

"Like most other colds and viruses RSV starts with a blocked or runny nose and can progress to cause a cough, fever, and sometimes breathing difficulties. The good news is that for most children it will be mild and will clear in a few days without any treatment. Sometimes a cough might drag on for a few weeks. It is extremely rare for a well child to die of bronchiolitis but there are some who will need medical help although that is still unusual.

"Some babies do develop severe symptoms with the RSV virus and warning signs to look out for include if they refuse to feed, are becoming very breathless, or if they are breathing in a shallow or irregular way. We would advise any parents worried about their child having RSV to speak to their doctor or call our helpline on 03000 030 555. Parents can also visit the British Lung Foundation website."

To get the latest WalesOnline newsletters emailed to you directly for free click here.