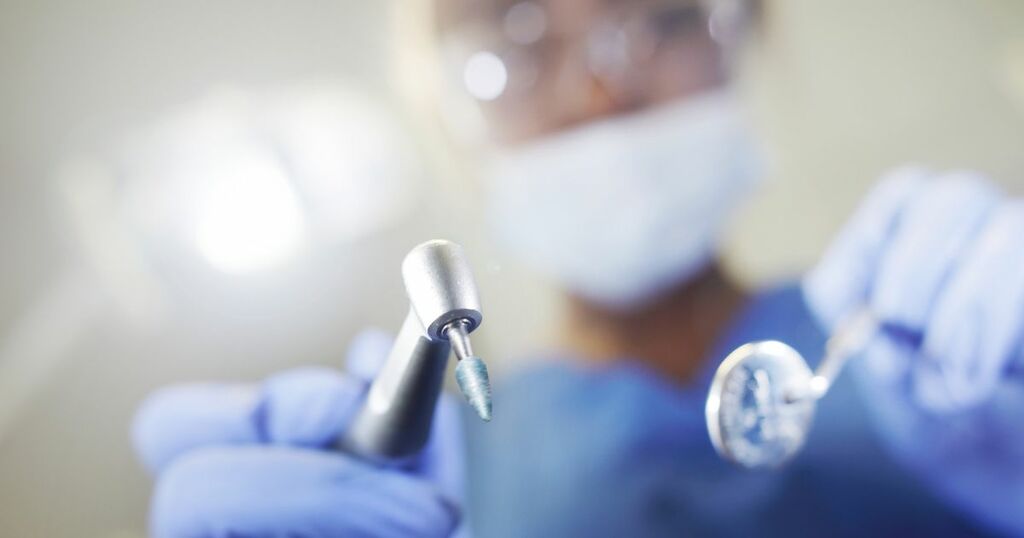 Thousands of people are still struggling to get NHS dental treatment in Manchester with dentists facing huge backlogs caused by Covid-19 while also grappling with ‘terrible morale’.

The local system is currently operating at 60 per cent capacity compared to pre-pandemic levels, with staff expected to follow strict guidance set by the government.

Practices must prioritise patients in pain, children, and people deemed as high risk, such as those receiving treatment for cancer or other long-standing dental issues.

READ MORE : There's been a 'huge increase' in the number of people struggling to find an NHS dentist in Greater Manchester

Time-consuming infection control measures are also required to combat the risk of transmission associated with procedures described as ‘Covid Central’ by one dentist.

Following these new standard operating procedures has meant that dentists can now only fit in six to eight patients a day, compared to 25 to 30 before Covid.

Between April 2020 and April 2021 there was a backlog of 70,000 patients seeking dental care in Manchester.

Liberal Democrat councillor John Leech said on Wednesday: “It’s questionable whether we have a service called NHS dentistry at all because you’re still paying.

“I was trying to find a dentist for somebody that would take NHS patients a few months ago and the closest was in Huddersfield which I think everyone would agree is absolutely outrageous.”

He told the meeting that his five-year-old daughter has been waiting for NHS treatment for two years ‘but at the drop of the hat we can see a private dentist if you have the money’.

Coun Hussein added: “I think it’s a sad indictment of any society when we’re in a situation where you have to go miles and miles to get an NHS dentist.

“The reality is there’s lots of money involved in this, and dentists are making a lot of money.”

“If you’re poor and you’ve got issues with your teeth, you’re going to have to bear up with it or pull it out yourself, and that’s not where we should be.”

Representatives from the Greater Manchester Health and Social Care Partnership told the committee that practices in Manchester offer 115 appointments per week for urgent care.

Dominic McGrath, a practicing dentist in the city, said all practices were independent contractors that balance patients seeking care through the NHS or privately.

He said the ongoing pressures on the local system was being caused by the imposition of government guidelines, which have ‘changed the definition of access’.

Mr McGrath also warned of a potential exodus from dentistry after a survey by the British Dental Association found that 47 per cent of practitioners in England were now likely to change careers or retire early.

“That just gives you a perspective of the morale within the profession, morale is terrible” he said.

“You’re wearing PPE for more than 45 minutes, and I’ve got a couple of colleagues who almost went into respiratory depression. It’s horrible.

“Please understand that we’re doing our best. I work through my lunch, I start early and work late most days to try and reduce this demand that we have.”

Another dentist, Jim Rochford, told the committee that capacity within dental practices had been ‘severely curtailed’ by Covid and the government’s guidance.

The meeting also heard that practice staff have also struggled with increasing demand since the government published its roadmap out of restrictions earlier this year.

Mr Rochford said: “The January to March activity that we carried out was during a time of huge infection levels, not one of our team took much holidays.

“In April there was a sigh of relief that we’d got to April, but then the phones started, as did the abuse that our reception teams get when they try their best to identify patients in pain and those patients rightly looking for routine treatment.

“We had a situation where our patients would arrive and would phone to say they’ve arrived and ask if they can gain entry.

“It got to the point where the phones were hopping so hard that it was simply impossible to continue to do that.”

The committee was told that the Greater Manchester Health and Social Care Partnership was investing £2 million to support practices across the region to provide the support for the priority groups as set by the government.

By addressing urgent access, it is hoped that this will alleviate demand and free up dentists to see patients seeking routine appointments.