On the third day of torrential east coast rains, emergency workers said they had rescued more than 140 people since the stormy weather began.

But evacuated residents in one area of western Sydney were now being allowed to return home, officials said, as weather conditions in New South Wales were forecast to ease over the next 24 hours.

Many of those rescued had been trapped in their cars trying to cross flood-swept roads or were unable to leave homes surrounded by rising waters.

Australia has been at the sharp end of climate change, with droughts, deadly bushfires, bleaching events on the Great Barrier Reef and floods becoming more common and intense as global weather patterns change.

About 32,000 people were under orders to evacuate or be ready to flee across New South Wales, the state's emergency services said.

The army sent 100 troops to help operations in the storm-battered state.

"The ground is saturated, the rivers are fast flowing, the dams are overflowing," said State Emergency Services commissioner Carlene York.

"It is particularly dangerous out there."

Mud-brown river waters transformed a large stretch of land into a lake in the southwestern Sydney suburb of Camden.

Roads disappeared into the waters and mobile homes stood in knee-high water, at least one toppled on its side, television images showed.

Large volumes of water gushed from the Warragamba Dam, which has been spilling excess water since Sunday.

The huge concrete dam lies on the western outskirts of Sydney and provides most of the city's drinking water.

The wild weather whipped up drama off the Sydney coast, as the 150-metre Portland Bay cargo ship with 21 crew lost power in heavy seas.

Plans for a helicopter rescue were dropped because of the conditions.

But later in the day, three tugboats managed to start towing the vessel and its crew to deeper water to undertake repairs, the state port authority said.

Australia's east coast has suffered repeated flooding in the past 18 months.

More than 20 people died only in March this year as floodwaters lapped at rooftops and torrents swept cars off roads.

The current weather system over Sydney is being fed by warm, wet air from near the equator, said Kimberley Reid, an atmospheric scientist at Monash University.

Rainfall in eastern Australia is highly variable, making it hard to pin this event to climate change, she said.

"However, our research of the March 2021 Sydney floods found that similar events over Sydney were likely to occur 80 percent more often by the end of the 21st century."

"There is no doubt these events are becoming more common," he said.

"Governments need to adjust and make sure that we respond to the changing environment we find ourselves in." 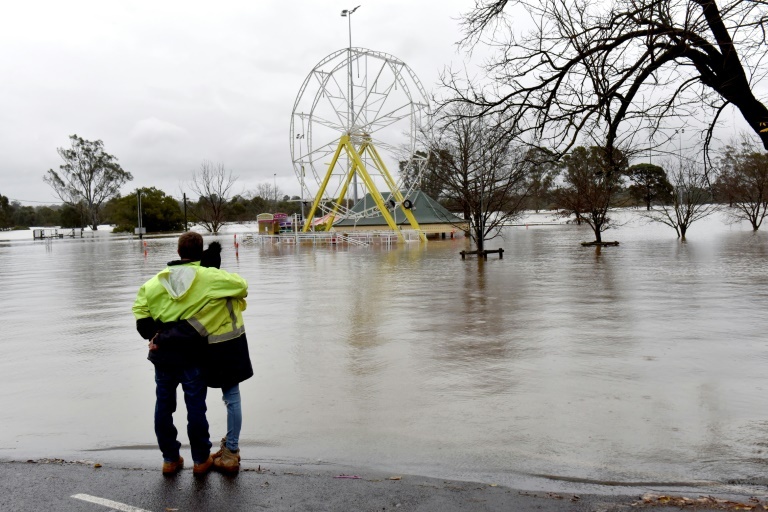 AFP
From analysis to the latest developments in health, read the most diverse news in one place.
Sydney floods force thousands more to flee

East coast low weakening, but up to 100mm of rain expected to lash Sydney on Monday morning