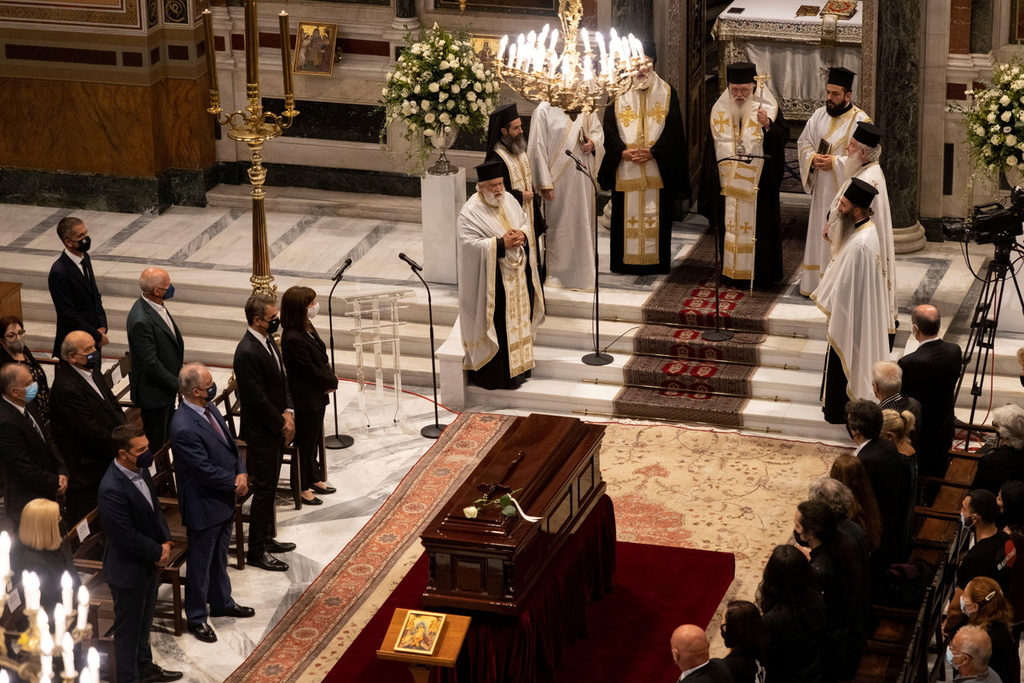 Thousands of Greeks on Wednesday bid farewell to Mikis Theodorakis, a world-renowned activist and musician whose work brought Greek culture to a global audience in the latter 20th century.

Theodorakis, whose musical score for the 1964 movie "Zorba the Greek" helped foster a carefree image of Greece abroad for millions, died on Sept. 2 aged 96.

For Greeks, he epitomised the history of a nation through class struggles and resistance for the past half century.

A farewell ceremony on Wednesday drew officials and ordinary Greeks, who gathered in a light autumnal drizzle outside a central Athens cathedral.

"He will always be with us, rooted in our collective memory," Greek President Katerina Sakellaropoulou said in an eulogy at Athens's Metropolitan Cathedral, where Theodorakis had been lying in state since Monday for members of the public to pay their last respects.

His compositions went from the soundtrack of "Zorba", starring Anthony Quinn as a loveable rogue dancing barefoot on a Cretan beach, to the thumping intensity of "Romiosini" (Greekness) a series of rousing songs of identity and resistance.

Much of his music was adapted to songs of Greek poets, bringing national prose to the mainstream. His tunes gained widespread popularity, becoming anthems of the political left.

He was born Michalis Theodorakis on the island of Chios on July 29, 1925. Theodorakis wrote more than 200 popular songs, 10 symphonies, two oratorios, three ballets, a folk opera and the Olympic anthem, first performed at the 1992 Barcelona Games.

Theodorakis was incarcerated twice. Accused of guerrilla sympathies in the war between right-wing royalists and left-wing popular forces after World War Two, he was arrested in July 1947. He was released in August 1949.

Under the military junta that ruled Greece from 1967 to 1974 he was jailed and tortured again. He was released under international pressure in 1970.

"With his songs, he made people cry, and to fight for a better life," said Ilias Koutsogiannis, who attended Wednesday's ceremony.

The funeral and burial are scheduled to be held on the island of Crete on Thursday.