Those who can't take pride in forefathers' achievements have no right to insult them: Baghel 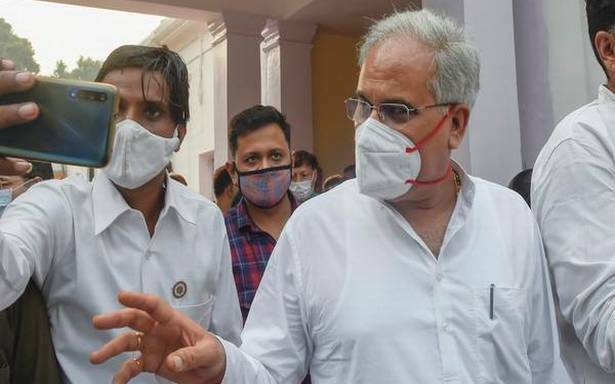 It was unfortunate that some people question the achievements of the country in the past 70 years, Chhattisgarh Chief Minister Bhupesh Baghel said here on Saturday, taking a veiled swipe at the BJP.

Those who can not take pride in their ancestors' work should not insult them, he added.

Speaking at a function in Raipur to release "Bharat Ke Pradhanmantri — Desh, Dasha and Disha", a book written by senior journalist Rashid Kidwai, Mr. Baghel said when India got independence, even a needle was not manufactured in the country.

"Then Navratna (public sector companies) were set up. IITs and other institutes were established. But the current generation asks what the previous generation has done and what has been done in 70 years. It is very unfortunate,” he said.

Every Prime Minister had his or her creative and positive thinking and vision, and their struggles, decisions and sacrifices were important in building the nation, Mr. Baghel said, naming past PMs such as Jawaharlal Nehru, Gulzari Lal Nanda, Lal Bahadur Shastri, Chandrashekhar and Chaudhary Charan Singh in his speech.