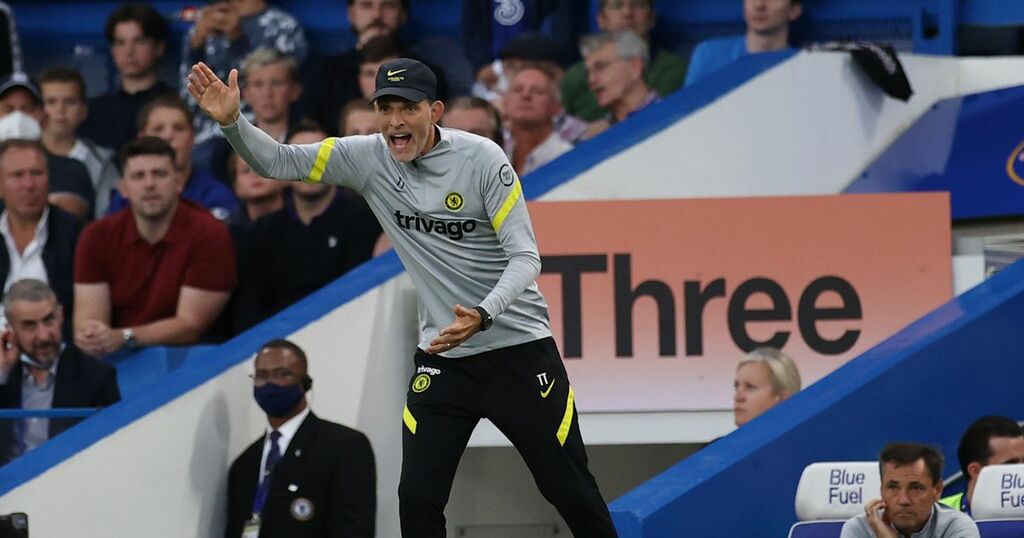 Chelsea won 3-0 against Aston Villa on Saturday evening and yet the scoreline did not tell the whole story of the contest at Stamford Bridge.

Villa offered a clear threat in west London and it took several strong saves from Edouard Mendy - and a few blocks from Thiago Silva - to ensure they went home goalless.

Romelu Lukaku and Mateo Kovacic were the match-winners, sending the Blues second in the Premier League, level on 10 points with leaders Manchester United.

It was undeniably a good night for Chelsea and their fans - and yet there was one glaring concern for the club post-match.

That is because Saul Niguez’s Chelsea debut could hardly have gone worse.

The Spaniard was thrown straight into the starting line-up at the first opportunity, with N’Golo Kante injured and Jorginho given a rest on the substitutes' bench after the international break.

It was a sign of faith from Thomas Tuchel, who backed his transfer deadline day signing to hit the ground running alongside Kovacic, with Chelsea’s two-man midfield up against Villa’s high pressing 3-5-2.

It was a gamble which did not pay off. Saul immediately looked off the pace and uncomfortable in a blue shirt as John McGinn and Jacob Ramsey applied heavy pressure and noticeably targeted the debutant.

He cracked under that pressure. While he did complete 31 of his 37 passes, Saul was also dispossessed three times, committed three fouls and won just 11 per cent of his overall duels.

The 26-year-old constantly coughed up possession in dangerous areas and was extremely fortunate none of his glaring errors turned into an Aston Villa goal.

Having made the bold call to start him, Tuchel did not hesitate to make another one, hauling Saul off at half-time to bring on Jorginho.

Will Saul Niguez prove to be a good signing for Chelsea this season? Have your say in the comments below.

It was the right move, but also a clear indication that Tuchel had noted Saul’s struggles following his season-long loan move for £3.4million from Atletico Madrid.

Tuchel went further post-match. He did not defend Saul; instead he laid his cards on the table to Sky Sports.

“We could see Saul struggle to adapt a bit to the intensity, instructions, style of play and intensity of the Premier League,” he said.

“He was happy to do it but now I told him it’s my responsibility, if it does not work for the match of your life when he struggled a bit with ball losses and created some half chances, chances for Aston Villa I thought better to change him but that’s not changed nothing.”

That is quite some change from Tuchel’s words after completing the signing of Saul, which Chelsea can make permanent for £30m next summer, should they want to.

“Saul has been on the radar for Chelsea for many years,” he said. “I’ve known the player for many years and I fought at other clubs for him, but it wasn’t possible.

“So when the situation was that we could have a loan, we were excited about it. He has exactly the type of profile we need to give Jorginho and N’Golo a break they need sometimes.”

Will Tuchel trust Saul to step in and fill a space in midfield now after his first showing?

Or will he look elsewhere, to the likes of Mason Mount, Ross Barkley or Ruben Loftus-Cheek, who were also on the bench on Saturday?

Taken at face value, Chelsea’s decision to plump for Saul on deadline day now appears to be in question.

But really, Tuchel will have to be patient with his new signing. After all, the man who replaced him, Jorginho, took plenty of time to settle following his £57m move from Napoli in 2018.

Saul has shown over several seasons with Diego Simeone’s Atleti that he has the talent and skillset to thrive in England.

Now he has had his ‘Welcome to the Premier League’ moment, he needs to put it behind him and move on. Chelsea’s non-stop schedule will be sure to give him further opportunities.