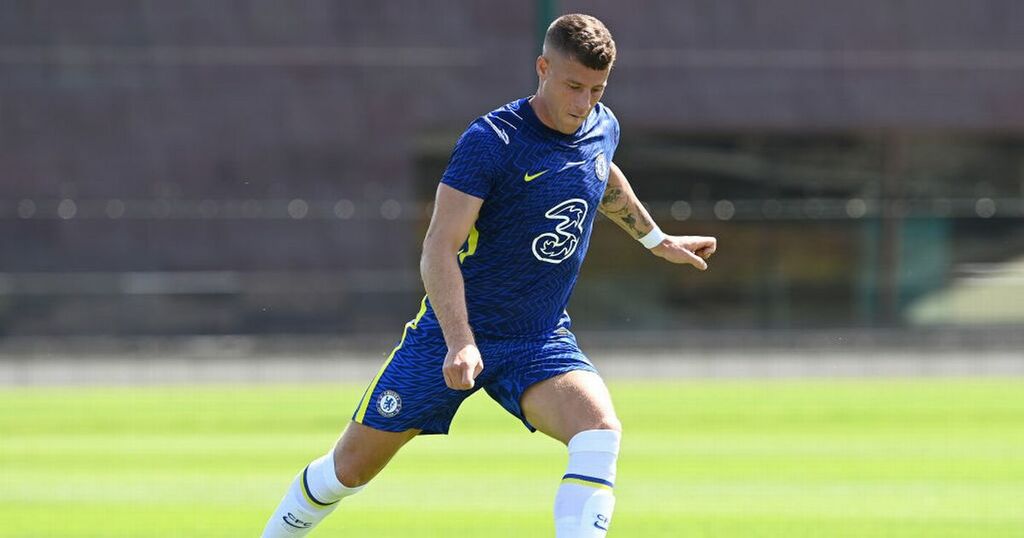 Thomas Tuchel has told Ross Barkley to "stay humble" after failing to secure a transfer away from Chelsea during the summer window.

The former Everton midfielder spent last season on loan at Aston Villa and is yet to feature in Tuchel, but has returned to Stamford Bridge and been included in the Blues' squad for the Premier League.

Having missed nine games through injury at Villa Park, the 27-year-old is heading into his peak years with his future uncertain after joining the club in January 2018.

His No.8 shirt was handed to Mateo Kovacic, who is ahead of him in the midfield pecking order alongside the likes of N'Golo Kante, Jorginho, Ruben Loftus-Cheek and Mason Mount as well as new signing Saul Niguez.

Asked about what the future holds for Barkley ahead of Chelsea's match against Villa on Saturday, Tuchel responded: "He is also asking himself the same questions and maybe all of us here, to be honest, don’t have the answers.

"I’m sure that he worries a lot about the situation: ‘How can it come so far that right now I’m in between the chairs and don’t really know where I belong?’

"I don’t have these answers because I don’t know him long enough," the German tactician admitted.

How should Tuchel utilise Barkley? Comment your thoughts below.

"All the advice I can give to Ross right now and what I did say was: ‘Stay humble, get it off your shoulders, all the opinions, all the expectations from everybody, all the past, what could have been, if I did this, if I did that.’

With no suitors found during the summer window, Tuchel has also told the 33-time England international to accept the lack of a departure in a "positive way" amid mean competition for even a place on the Blues' bench.

"It does not help in the moment. We have a certain adaptation to intensity and to the impact of the group on him," Tuchel explained. "He is part of the training group. He does not have to love the situation but he needs to accept it in a positive way."

The boss at Stamford Bridge also added that the financial impact of Covid-19 dented Barkley's chances of a move away, continuing: "He accepts that it was not an over-performance from him at Aston Villa so he cannot demand that we rely on him.

"It’s hard to see people struggling. But he tried to go on loan again, to find a club, but it is not easy. The situation out there, the financial impact from corona to clubs abroad and clubs also within the country is huge."

With Reece James suspended, and Kante and Christian Pulisic out injured, Barkley could find himself in the squad when Tuchel and co welcome Dean Smith's side to west London, who are without Argentina duo Emiliano Martinez and Emiliano Buendia after they defied their club's orders to play for their nations on international duty, now needing to isolate before returning to action.