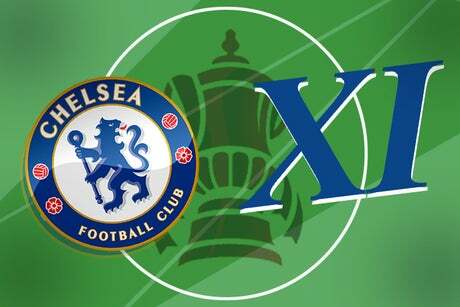 Football London
One subscription that gives you access to news from hundreds of sites
Every word Thomas Tuchel said on Chelsea vs Liverpool, FA Cup final, Kovacic, Kante, Lukaku

Chelsea head into their fourth final of the season this weekend when they return to Wembley for the culmination of the FA Cup. The Blues have made it to the occasion in five of the last six seasons but came away with the trophy just once. They will be hoping to add another win on Saturday.

Having lifted the Champions League, UEFA Super Cup and Club World Cup in his short time at the club, the FA Cup would provide a new competition for Thomas Tuchel to rule the roost over. The challenge comes in their opposition, Liverpool are the side that denied Chelsea the last piece of silverware they competed, albeit requiring Kepa Arrizabalaga to miss in a penalty shootout first.

Chelsea will want a degree of revenge, but have faced off with Liverpool three times this season and came away with three draws within 90 minutes. Few teams can claim such a record given the quality Jurgen Klopp's side bring to the table, but Chelsea will need to find an extra edge to do what they are yet to this term.

READ MORE: What Hakim Ziyech did as Romelu Lukaku scored for Chelsea vs Leeds United

Tuchel will have been able to take some merit from the last team he chose to face the Reds but will he come with the same gameplan again. football.london takes a look at the team from the Carabao Cup final defeat and assesses which players are likely to be in the starting XI once again.

Edouard Mendy: It was a quiet night in Leeds for the Blues goalkeeper and it's likely to be a very different occasion at the weekend. All but guaranteed to start in the final, with the more interesting question, perhaps being whether Tuchel would repeat his decision to bring on Kepa for penalties if the situation arises again.

Trevoh Chalobah: His limited role in the last six weeks would have made it seem unlikely that Chalobah would be in line for a start against Liverpool. A solid outing against Leeds combined with the uncertain form of Cesar Azpilicueta certainly gives him a chance, however. The 22-year-old has started the last two matches against the Reds.

Thiago Silva: The Brazilian veteran has become a more crucial part of Chelsea's side than many would have expected when he signed for the club. His rest against Leeds makes him as close to certain to start at Wembley as possible.

Antonio Rudiger: The German defender was less assured than his usual self against Leeds United but over the course of the season has cemented his place as Tuchel's most undroppable star. The FA Cup is the last trophy Rudiger has a chance to lift while still in Chelsea colours.

Cesar Azpilicueta: The Spanish defender has been a consistent presence in the Blues' backline for much of the season and his versatility of playing at wing-back or in the back three, ensures that he is worthy of consideration for the final. Reece James did not start the Carabao Cup final and is likely to take up one of those positions and Azpilicueta is set to battle Chalobah for a starting role.

N'Golo Kante: The midfielder was in training on Friday after missing a third consecutive match against Leeds at Elland Road. It will be for Tuchel to decide whether the Frenchman is match fit to start against Liverpool after being close to making the squad earlier in the week.

Mateo Kovacic: It was a brutal feeling to see Kovacic hobble off the pitch on Wednesday evening with Tuchel hoping for a 'miracle' after Dan James' challenge caused an ankle injury for the Croatian. The former Real Madrid star has not been ruled out yet, but it could be difficult for the 28-year-old to make the team.

Marcos Alonso: Tuchel is likely to keep faith with his preferred 3-5-2 and even accounting for the challenge Mo Salah will present, Alonso has little competition for his role because of the balance he brings to the side. The wing-back has struggled in moments against Liverpool but has generally put in a solid performance and helps with an attacking threat that his replacements generally cannot offer.

Mason Mount: The 23-year-old found the net once again before providing the assist for Christian Pulisic against Leeds to prove once again why he has had more goal contributions than anyone else for the Blues this season. There's a sense the Cobham product will be in search of revenge after two crucial misses in the Carabao Cup final. Among the first names on the team sheet.

Kai Havertz: An easy choice for the starting XI for much of 2022, but three goals in two matches from Romelu Lukaku has left Tuchel with a tricky decision to make. The forward's movement and ability to press could prove crucial against the Reds, but could he play a supporting role to Lukaku or even be introduced from the bench?

Christian Pulisic: The USA international has the qualities to test Liverpool's high backline but will face stiff competition from Timo Werner to make the starting XI. Found himself in the starting lineup for the previous two matches against the Reds and could be favoured again.

Recent weeks have shown Chelsea's starting XIs are increasingly difficult to pick, nevertheless, there are some figures that have proved to be more likely to start than not. Mendy is close to a guarantee and Silva, Rudiger and Mount have proved themselves to be indispensable. James' qualities are undeniable and could start either at wing-back or within the back three, while it would be a surprise to see Alonso not among the starting XI. The centre of midfield will be up for more debate, particularly if Kante and Kovacic can prove their fitness. They may just be playing to partner Jorginho after the Italian's return. The frontline will have staunch competition, with a number of combinations available.

Football London
One subscription that gives you access to news from hundreds of sites
Every word Thomas Tuchel said on Chelsea vs Liverpool, FA Cup final, Kovacic, Kante, Lukaku