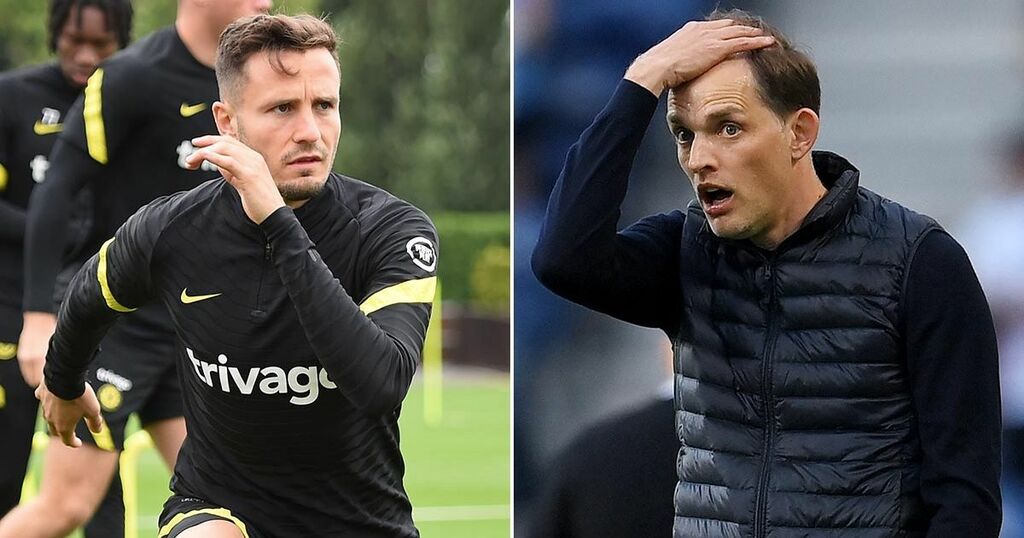 For much of the final day of the transfer window, it looked as if Chelsea boss Thomas Tuchel would suffer a frustrating conclusion to a positive summer.

Romelu Lukaku may have been the only player through the door before deadline day, before the transformative effect of signing the Belgian couldn’t be understated.

But that wouldn’t have stopped a tinge of disappointment, with Tuchel keen to continue building the depth within his Chelsea squad.

After winning the Champions League with a team built-up entirely by his predecessor, it stands to reason that the German would like to put his footprint on the playing staff.

The Chelsea boss had identified both a central defender and a centre midfielder in the final hours of the summer window.

And while their move for Jules Kounde stood at an impasse, Tuchel stepped up his pursuit of Atletico Madrid midfielder Saul Niguez.

With a determination to challenge on five fronts this season - Chelsea will look to win the Club World Cup in December - Tuchel pinpointed the Spaniard as the ideal addition to his charges.

There was one big problem however. Saul was adamant that if he was to leave the Wanda Metropolitano, it would be to go to a team that would play him in midfield.

During the latter years under Diego Simeone, Saul has been used as a jack of all trades, utilised both in the middle of the park and at wing-back.

Tuchel’s setup at Stamford Bridge had hinted that the 26-year-old could suffer a similar fate at the Premier League club, but a deadline day call eased his fears.

According to Goal, he made it clear to Saul that he would be signed as a midfielder, and a midfielder only.

That’s despite N’Golo Kante, Jorginho and Mateo Kovacic all appearing to be ahead of him in the immediate pecking order.

"Chelsea has promised me to train in my position [midfield], but to play we will see,” he said after his season-long loan deal was confirmed. “To return to certain roles that I do not play in now - that is the most important reason for my decision.”

He added: "The three midfielders who are playing are at a high level. It will not be easy to play, but if I put my mind to it and fight it, I can get it.”

It does mean that should Tuchel stick to his word, he will be unable to use his new signing in what could prove to be an area of need.

Chelsea had hoped to sign another right-back to add competition behind Reece James, although their pursuit of Achraf Hakimi came up short.

James is now set to play the majority of games in that position and even if he comes out of the side, it’s unlikely Saul will replace him.

For now, Tuchel’s call proved a masterstroke in getting the deal over the line. But it could prove to be a major headache down the road.