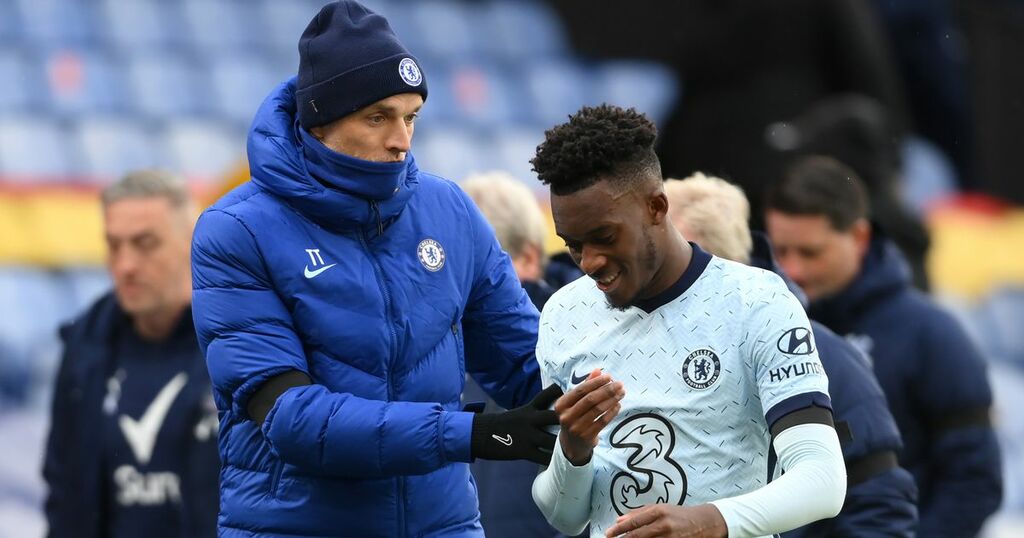 Thomas Tuchel has opened up on blocking Callum Hudson-Odoi's potential departure from Chelsea.

Borussia Dortmund were interested in taking the 20-year-old on loan during the final days of the summer transfer window.

Tuchel's former employers offered him the opportunity on playing in his favourite left-wing position but the Blues ensured that their academy graduate remained at Stamford Bridge by rejecting the offer.

Hudson-Odoi reached a landmark 100th appearance for Chelsea on Saturday by starting in their 3-0 Premier League win at home to Aston Villa.

He featured in three different roles during his 82 minutes on the pitch, with his ability to play as a wing-back crucial as to why his German boss was so keen to keep him in west London.

"It was a very easy decision for me, we cannot let the player go who is in an 18, 19 man squad. Simply impossible," Tuchel stated post-match.

"He is able to play as a right wing-back, left wing-back, he can play in these extra positions, he knows the group and we know him very well.

"For him personally it would maybe have been a very good opportunity but for us it was simply impossible."

The Blues head coach has been impressed with the wide man's development in training and clearly has faith in the youngster.

"I see a stronger, stronger Callum every day in training, overcome the gap between training and playing," he said. "And now he needs to show that in matches. If he gets minutes it’s never a gift. Nobody gets gifts.

Where is Hudson-Odoi's best position? Comment your thoughts below.

"I know it’s not his favourite position but I think he can play this position and serve the team very well. But still he can do better, still he can be more aggressive, and that’s what he does in training.

Tuchel noted: "He needs to overcome this gap between training and playing, to fight for his place in this team."

Two goals from £97.5 million summer signing Romelu Lukaku sandwiched Matteo Kovacic's strike early in the second half and sent Chelsea into second place after four matches and they remain unbeaten without conceding a goal from open play.

On a less positive note, Tuchel withdrew deadline-day addition and debutant Saul Niguez at half-time, who made "big mistakes" according to the former Dortmund manager.

"I had the feeling that he struggled," he told Sky Sports . "There were some big mistakes, passing mistakes, and he struggled with the intensity. You could see he isn’t fully adapted.

"It's completely my responsibility. I had the feeling he could jump in for us and play at that level. I [then] thought it was maybe better to change him, but it doesn’t change anything [about how I see him]."

During his post-match press conference, Tuchel admitted: "It's very hard. You can either do it or not do it [start him]. I told him before it was my responsibility if it does not work out for the matter of your life.

"He struggled a bit, created some half-chances for Aston Villa."